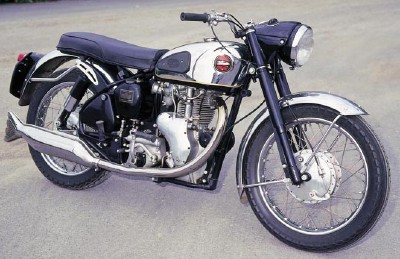 Velocette was founded in 1904 under the name Veloce.

Its first motorcycles were powered by four-stroke singles, but when the British company switched to two-strokes in 1913, the name was changed to Velocette. Though four-strokes reappeared in the 1920s, the company name was retained.

When most rivals added large-displacement twins to their lineups, Velocette stuck with vertical singles. One exception was the LE, introduced in 1949, a small, scooter-like machine powered by a 200-cc horizontally opposed flathead twin.

The single-cylinder Venom was introduced in the late 1950s, and while it was a capable sporting machine, it was overshadowed in the marketplace by various British twins.

Its 500-cc engine produced a very respectable 36 horsepower, enough to propel the Venom to near 100 mph. A Venom equipped with the "Clubman" option could top the century mark.

In the mid-1960s the Thruxton Venom appeared, named after a popular racing circuit. Despite an updated appearance and a bit more power, the Thurxton couldn't save Velocette, and the company folded in 1968.

Continue to the next page to see more 1961 Velocette Venom motorcycle pictures. 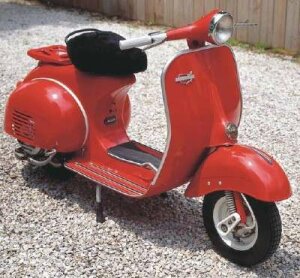 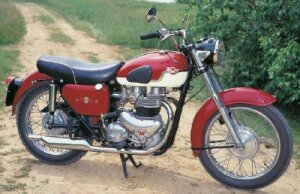 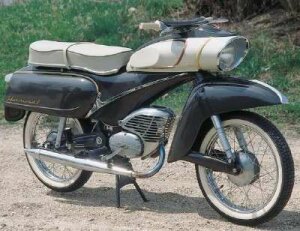