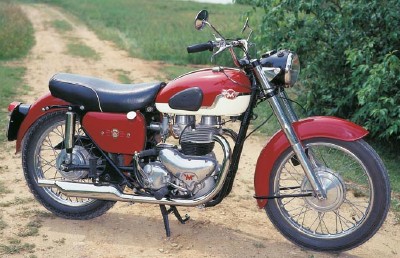 By the middle of the 20th Century, Matchless was a venerated name in motorcycles, but the under-performing 1961 Matchless G-12 would prove among the final models to bear the proud Matchless badge.

Matchless traced its origins to the Collier brothers, who began building motorcycles in 1899, making them one of the oldest British manufacturers on record.

Early Matchless machines were assembled using powerplants from a variety of companies, including De Dion, J.A.P., Mag, and MMC. Later models carried engines of the company's own design.

In order to prove the abilities of their products, the Collier boys raced their creations, winning the first Isle of Man TT (Tourist Trophy) race in 1907.

With Khaki enamel applied to all fuel tanks in the early years, color was not an option -- but a staggering array of available engines was.

Offering both side- and overhead-valve powerplants with displacements ranging from 246 cc up to 990 cc, buyers could easily tailor a Matchless to suit their needs.

With the industry in a state of turmoil during the early 1930s, Matchless bought out AJS and formed Associated Motor Cycles (AMC). Models continued to be offered under both the Matchless and AJS names, though many were nearly identical in appearance and features.

In the early 1940s, Matchless exhibited a rare moment of innovation by bringing out Teledraulic forks, the industry's first telescopic design with oil damping. Soon, such forks virtually universal in the motorcycling world.

During World War II, Matchless provided thousands of 350-cc singles to the British military. And in 1952, AMC absorbed the Norton motorcycle concern.

The 1961 G-12 motorcycle that is pictured with this article is a 650-cc vertical twin that competed against similar Triumph and BSA 124 models of the period, and at least in terms of sales, lost.

A larger 750-cc model followed, powered by a Norton vertical-twin engine; it fared little better. AMC restructured in 1966, and afterward, only the Norton name returned to the marketplace, leaving Matchless to the dustbin of motorcycle history. 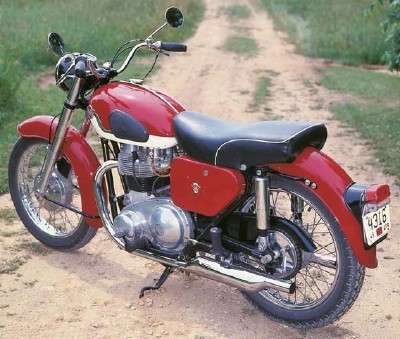 The Matchless G-12 was one of the last models to bear the proud Matchless name.

The 1961 Matchless G-12 looked quite similar to the AJS Model 31. There is a good reason for this: Matchless and AJS were the same company.

The headlight case held a speedometer, ammeter, light switch, and ignition switch.
The "winged M" was the logo of the Matchless brand. On AJS versons of this bike, called the Model 31, "AJS" replaced the "M."
This the G-12's 650-cc vertical twin engine. Later models had a 750-cc vertical twin.