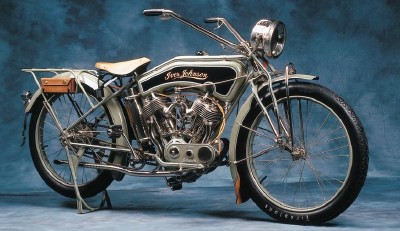 The 1915 Iver Johnson motorcycle was one of the last models produced by a company better known for its bicycles and firearms.

When Iver Johnson branched out into motorcycle production in 1907, its motorcycle lineup consisted of conventional singles and V-twins, though many finer points of the machines differed from normal practice.

Most noticeable was Iver Johnson's use of dual curved upper frame tubes outlining the fuel tank that sat between them.

Front suspensions were a leading link/leaf spring design similar in concept to Indian's, though the latter had a trailing link. Some Iver Johnson models used the engine as a stressed frame member, and a few even offered a swingarm rear suspension.

Though Iver Johnson's V-twin was unusual in being a flathead design (Indians and Harley-Davidsons of the time were intake over exhaust), it was also a beautiful piece of work that unfortunately incorporated such features as an elaborately curved intake manifold that didn't help in the production of horsepower.

As a result, despite displacing 1020 cc, it wasn't particularly powerful compared with other V-twins. That certainly didn't help Iver Johnson's status among power-hungry riders.

At the end of the 1916 model year, the company abandoned motorcycles to concentrate on its firearms business, which continues to this day.

See the next page for more great photos of the 1915 Iver Johnson motorcycle. 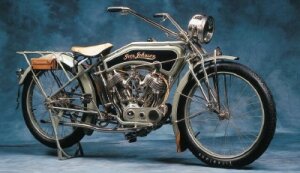 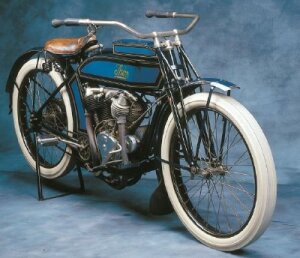 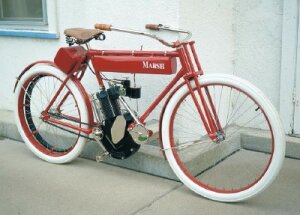