The Vespa scooter has been many things to many people. To post-war Italy, it represented an economic resurgence for a struggling industrial family. To British teens of the early 1960s, it was a vital aspect of a cultural and fashion trend. For people in developing countries, Vespas can be an important and affordable means of transportation. And for some, Vespas just represent nostalgic fun.

In this article, we’ll look at what Vespas are, how they are made, the history behind the scooter and the Vespa style that has made it so popular.

The front wheel, which is fastened to the end of an axle.
Photo courtesy of Liftarn

Scooters are two-wheeled vehicles powered by a small engine. Although it’s similar in concept to motorcycles, it has some important differences. The wheels of a scooter are fastened to the end of a short axle, rather than being mounted between a “fork” in the frame. The engine is usually concealed in a cowling of some kind, making them quieter and less likely to get oil or grease on the rider’s clothes. Scooters generally have less horsepower than motorcycles. The overall effect is a more “civilized” vehicle meant for practical daily use. Today, a scooter can be defined as a two-wheeled vehicle built on a monocoque frame with a 250 cubic centimeter (cc) engine or smaller. There are scooters with larger engines, but they essentially represent a subclass of vehicles in between scooters and motorcycles. Many jurisdictions legally consider them motorcycles.

­People choose to drive scooters for a number of reasons, not the least of them is the exceptional gas mileage a scooter can provide. Most models can achieve better miles per gallon (mpg) ratings than all cars, but the most eco-friendly hybrid cars are in the 60-70 mpg range--equal to the Vespa.

Scooters are also convenient. Navigating city traffic and tight urban streets is a lot easier on a scooter than in an SUV, and parking is no problem. For those living in rural areas, a scooter is a great way to make relatively short trips. They’re easier to ride than a motorcycle, and the body panels ensure that clothes aren’t likely to be splashed with mud and road dirt.

The front panel of the Vespa.
Photo courtesy of Kyle Thompson

A scooter is a lot easier on the wallet than a car, as well. A brand new scooter can be as little as $800, with many scooters available for less than $2,000. Of course, a scooter with the legendary Vespa name on it often comes at a premium (prices range from $2,000 to over $6,000), and vintage scooters go for collector’s prices, sometimes fetching thousands of dollars.

A Vespa store selling many varieties and colors.
Photo courtesy of Coolcaesar

For some scooter enthusiasts, it’s a matter of style. The shape of a Vespa evokes a fun retro feeling that many riders enjoy as they cruise around town. Anyone who considers themselves a Mod (which we’ll explain later) simply can’t do without a Vespa.

Although the use of scooters does predate the introduction of the first Vespa, it popularized and mass produced them on a level not previously seen. Italian industry had suffered severely under Allied bombing during World War II, and many Italian industries were geared for wartime production. With the Italian economy struggling and much of their manufacturing facility in ruins, the Piaggio family sought a way to reinvent their business. They had been producing aircraft, but the demand was greatly reduced in post-war Italy.

Second-generation company owner Enrico Piaggio had an idea for a two-wheeled, inexpensive vehicle that would be cheap and reliable--perfect for financially struggling Italians who still needed a way to get around. There is a legend that Enrico was inspired by his employees, who had trouble getting from one part of the Piaggio facility to another due to large portions of it being bombed out. However, this same tale is told of Vespa competitor Lambretta, so the story is doubtful.

In any case, Piaggio called on aircraft engineer Corradino D’Ascanio to come up with a design. Unfettered by any preconceptions about what a motorcycle or scooter should look like, and aided by his experience designing sturdy, lightweight aircraft frames, D’Ascanio created a prototype from spare parts that fulfilled all of Enrico Piaggo’s wishes for the new vehicle. It just needed a name, and based on its shape and the sound of the engine, Piaggio decided to call it “Wasp.” The Italian word for wasp, of course, is vespa.

Sales in Italy began slowly in 1946, but by 1950 Piaggio was selling more than 60,000 units per year [Source: Patrick Taylor]. By that time, the Vespa name and design was being licensed for production in other countries as well. More than four million Vespas had been sold by 1969 (Brockway, 96), not counting licensed production.

In 1951, British motorcycle company Douglas began producing Vespas under license (they had been importing Piaggio-made models for two years prior). While the sales numbers for Douglas Vespas represent a fraction of overall sales, the cultural influence of the UK Vespa craze is difficult to understate and certainly increased worldwide popularity.

Despite financial difficulties in the 1980s and 90s, and several changes of ownership, the Piaggio Company and the Vespa names still exist. The 21st century has seen the reentry of Vespas into the North American market, the creation of high-end “touring” Vespas suitable for longer distance drives, and major upgrades in engine efficiency and power. In 2007, Piaggio introduced the MP3, a concept vehicle with two wheels in front and one in the rear. An advanced suspension and computer-controlled fuel injection make the MP3 a very futuristic scooter [Source: Piaggio USA].

Initially, Vespa faced serious competition from Lambretta, a company with a similar history to Piaggio’s. While Lambretta scooters were considered equally stylish, Vespa controlled most of the market share. More competition arrived in the 1970s and 80s, as companies in India and Southeast Asia began mass producing inexpensive scooters for a market that was perfect for them. Many of these designs were based on Vespa licenses. Nevertheless, for many scooter enthusiasts, there’s only one name worth knowing: Vespa.

For more information on Vespas, motorcycles and related topics, check out the links on the next page.

Up Next
Behind the Scenes at Supercross
What does it take to put on Supercross, one of fastest, high-flying motorcycle races in the world? HowStuffWorks goes there to find out.
Explore More 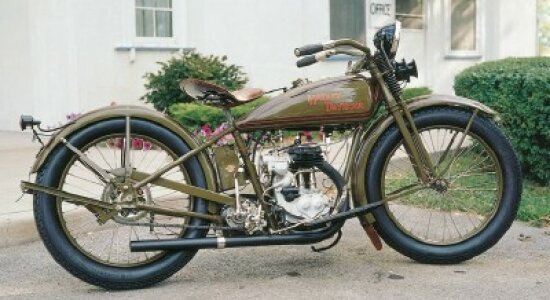 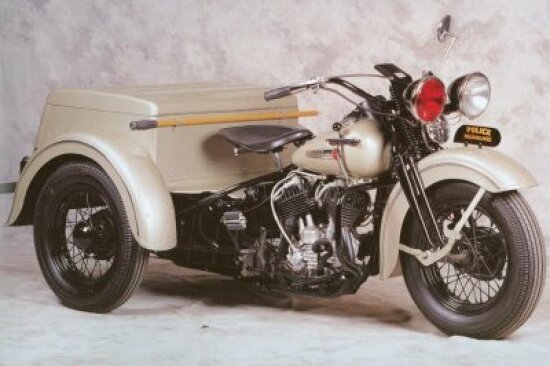 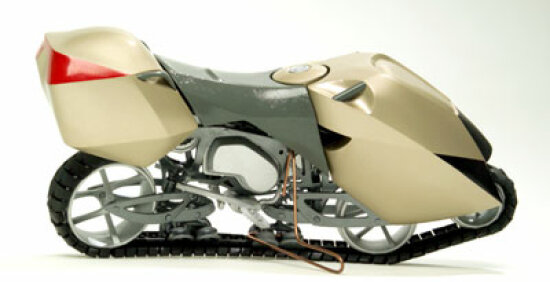