Do biofuels compete with food? 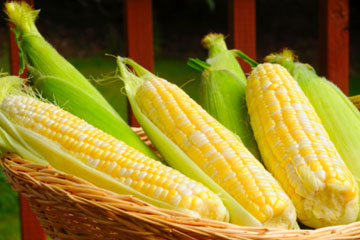 Image Gallery: Alternative Fuel Vehicles Can there be a balance between the need for food and the need for renewable fuels? See more pictures of alternative fuel vehicles.
Hemera/Thinkstock

From some perspectives, biofuels seem like a win-win situation. They can be domestically produced, function in existing gasoline and diesel engines and emit much cleaner emissions than fossil fuels. It appears to be a match made in heaven for the combined goals of energy security and environmental protection.

But there is another security measure that many analysts watch with concern when it comes to biofuels: food security. Simply put, food security is a region's or nation's ability to provide basic nutrition for its residents [source: Naylor]. Since many popular biofuel crops are also commonly used as staple foods, critics of biofuel mass production warn that a spike in crop demand for biofuel could overload agricultural capacity, leaving parts of the world hungry while others send a useable food source out the tailpipe.

But is this a verifiable threat? Is the move toward cleaner, plant-based fuel actually a step back in terms of the world's ability to fight hunger? The answer isn't as simple as one or the other; it's a complex issue whose resolution depends in large part on how our habits evolve in the future.

The price for many food commodities, including corn, soybeans and other oil-producing grains, fluctuates through the simple market factors of supply and demand. It should be no surprise, then, that researchers attribute slightly less than two percent of food commodity price increases in recent years to growing demand for biofuels [source: Naylor]. While these analysts don't anticipate wildly swinging price spikes for food, they do anticipate that, like other price changes in the commodity market, these will lead to price increases for foods such as cereal, bread, milk and meat.

Those last two items might seem odd to be victims of biofuel-induced price changes, but many biofuel crops are produced in large part to feed livestock. When the price of corn goes up, for example, pig farmers see the price to raise their pigs rise. The farmers, in turn, ask higher prices for their pork, which grocers and restaurateurs pass on to consumers. Whether steak, bacon, eggs or milk, the trickling down of price fluctuations is a fact of economics [source: Businessweek].

Much of the concern over biofuels and the commodity market stems from speculation about how fuel production will affect the price/demand equation. In 2006, for example, ethanol producers made up one-fifth of the market for corn in the U.S. If ethanol demand increases due to government regulations, critics argue, that demand could consume half of that nation's corn, forcing other users of the staple vegetable to raise prices [source: Businessweek].

But countering this critique is another, more optimistic prediction: that increased demand for biofuels, unlike demand for finite fossil fuel resources, can turn into increased supply. 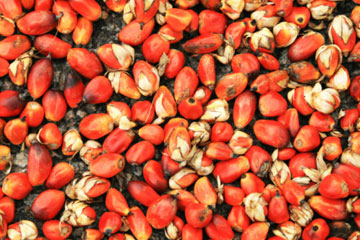 Palm seed oil is a great candidate for large-scale biofuel producers, because it creates such energy-dense biofuel.
iStockphoto/Thinkstock

About 13 percent of the Earth's surface is used for food production [source: Businessweek]. Biofuel proponents argue that as plant-based fuels gain popularity, farmers will meet the booming demand by planting more acreage, thus increasing total supply and meeting both food and fuel needs. U.S. farmers responded to the 2006 demand by planting roughly 10 million additional acres of corn the following season, after all [source: Businessweek]. But not every producer has responded to biofuel demand in the same way. Some, in fact, have gone about increasing resource production in ways that could outweigh the benefits of plant-based fuels altogether.

Palm oil can produce one of the most energy-dense biofuels, thus making it a prime candidate for large-scale biofuel producers. But demand for palm oil-based biofuel in Europe in the mid 2000s spurred the growth of huge palm oil plantations in Southeast Asia. Rainforests were leveled to make room for the farms: By some estimates, more than 80 percent of the deforestation in Malaysia in the 15 years before 2000 was due to palm oil plantation expansion [source: Rosenthal].

In the U.S., corn producers can place a major load on water infrastructure as they scale up to meet biofuel demands. Ethanol produced from corn grown in the Great Plains and Western states demands much more irrigation than the equivalent amount of ethanol produced in wetter states. A biofuel that is environmentally sound in one part of the world may be a disaster in another region [source: McKenna].

The Answer? It All Depends

The myriad of factors that go into the food-versus-biofuel equation are complex and vary from situation to situation. While one region's farming infrastructure, climate and fuel use may make it an ideal place to switch to plant-based fuel, another region may face a nightmare of logistic, environmental and economic hurdles that make biofuel a worse option than fossil fuels.

There are likely parts of the world that run the risk of losing food security in the rush to produce biofuel for foreign consumers. But careful crop selection, smart farming policy and wise energy use, in the right combination for a given region, could strike a balance between demand for these renewable fuels and the basic human need to eat.