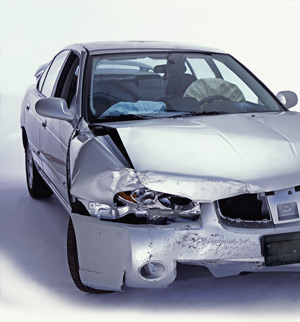 Dual stage airbags like these can deploy at different speeds, depending of the severity of the crash.
John Eder/Riser/Getty Images

Imagine this scenario: you and your family are moving into a new house. The trunk and back seat of your car are stuffed with your belongings, but you have to take your seven-year-old daughter along for the ride. You have no choice but to put her in the front passenger seat. But will she be safe up there? What happens if there's a wreck? What will the airbags do to her?

It's never a good idea to put your kids in the front seat, but sometimes reality forces drivers to do otherwise. If you're driving an American car or truck made after 2006, you're probably okay, since they all contain some method of airbag suppression -- most likely, an OCS.

Let's take a look at one popular OCS made by Delphi. Inside the seat, you will find a pressure sensor, a silicone-filled "bladder", and an electronic control unit (ECU). When someone sits on the seat, the pressure sensor signals the occupant's weight to the ECU. The ECU then sends that data to the airbag, which has its own control unit. Based on that information, the vehicle's computer turns the passenger airbag on or off.

The OCS doesn't just detect weight. It reads the passenger's seating position and determines if they're wearing a seat belt. It also has a seat belt tension sensor that allows the OCS to interpret the pressure created when a child seat is fitted. In other words, the system is designed to tell whether a child safety seat is occupying that seat or whether you're just carrying some heavy object there. A light or sign on the instrument panel tells the driver whether the passenger airbag is on or off.

Once the onboard computer knows the passenger's size and weight, the car's dual stage airbags come into play. Based on the occupants' size, these types of airbags can deploy at full speed, partial speed, or not at all. An airbag deploying at full speed can badly injure or even kill a child or small adult. In addition, dual stage airbags also can deploy at lesser speeds when the car is involved in a minor collision.

Weight sensors have become the most common way of detecting an occupant; however, carmakers are experimenting with new and possibly more effective ways of sensing who or what is riding shotgun. Some experimental systems take optical images of passengers to determine whether a child or adult is sitting in the seat and use that information to turn the airbags on or off accordingly. Others go so far as to detect physiological factors like respiration and heartbeats in sitting passengers to tell the airbags what to do [source: Delphi]. Remember -- even on cars equipped with an OCS, it's always safest to keep small children in the back seat.

In the next section, we'll take a look at the history of airbag sensor systems, and why they're necessary in the first place.