Do People Really Lose Body Parts by Sticking Them Out of a Car Window?

by Laurie L. Dove Mar 21, 2017
Rule of thumb? Keeping all extremities inside a car will minimize risk of injury. izusek/Getty Images

Have you ever put your arm out the car window and let the wind catch your hand like a sail? Then you may have also had a parent snap at you that you could risk losing a limb. It's a common admonishment made to people with a penchant for sticking their heads, arms and even their feet out the windows of moving cars, trains, school buses and more. But how often does an injury actually occur? Do their worries amount to little more than just fearmongering and paranoia?

The bad news is that there's no comprehensive data set collected exclusively on the number of extremity injuries that are caused when limbs are placed outside moving vehicles. But we do know they occur. In the U.S., a handful of children have died from head injuries after leaning out bus windows and being hit by roadside objects like signs or trees.

This doesn't just happen with inexperienced children, though. In March a New York train conductor was injured by an object while looking out of a train window. There's the Oregon man who lost an arm when the car he was in sideswiped a tractor trailer. A British man last year died after sustaining a head injury he received after sticking his head out of a train window. And a passenger in Georgia lost his head when the vehicle's driver swerved and came up against a telephone pole wire.

And then there's the story of a 5-year-old boy in Rockland, Maine, who looped a jump rope around his wrist and trailed the end out an open window. A passing car caught the tail end of the jump rope and separated the boy from his hand.

Not all limbs that are stuck out a moving vehicle window end in amputation, but we do know that of the 2 million people who have had limb amputations in the U.S., 45 percent of those amputations were caused by trauma. The two most common trauma amputations are the loss of one or more fingers, followed by the loss of one arm. The statistics don't specify whether these injured limbs were dangled out windows before the accidents occurred, but the statistics do point to the vulnerability of the human body — and the upper extremities in particular — when it comes to roaming the road in steel cages on wheels.

There's even a name for these types of injuries. Traffic elbow, also known as sideswipe injury, is so common that it has its own classification in medical literature. It's defined as a distinct pattern of elbow trauma that happens when "a patient, while traveling in a vehicle with elbow resting on the [open] window, is hit by a coming object or a vehicle on the road," writes Yatinder Kharbanda, lead author of the study "Sideswipe Injuries Around the Elbow," published in the Indian Journal of Orthopaedics.

The study followed the progress of 34 patients — 32 males and two females — who sustained a sideswipe elbow injury. In these instances, all of their injuries occurred because their elbows were sticking outside their vehicles when they were struck by another vehicle. The severity of the injuries ranged from bone fractures to dislocations, and a few even lost portions of their bones because of the crushing nature of the injuries. Two patients had amputations, six ended up with a fused elbow and several others had permanent deformities. In the end, only 10 patients eventually regained good elbow and hand function.

There's plenty of risky behavior passengers can engage in, and leaning out of a car window is high on that list.
AJ Watt/Getty Images

"These injuries have a high complication rate and poor outcome. Complications such as stiffness, deformity and loss of function are common," writes Kharbanda. "The majority of these can be prevented by keeping limbs inside vehicles."

Placing your elbow — or your whole arm, or leg — outside a car window isn't illegal in India, where the study was conducted, but there are places where it's against the law. In Australia, where researchers published a similar sideswipe study in 2006 in the Medical Journal of Australia, it's illegal to have a limb even slightly outside a vehicle while it is moving. The fines range into the hundreds of dollars.

There's evidence that sticking your upper extremities outside a vehicle can cause irreparable damage, but there are plenty of dangers that can happen to your lower extremities — even if they aren't sticking out the window. Despite a lack of data to confirm the numbers of foot injuries caused by airbag deployment, there is anecdotal evidence that paints a grisly picture of what would actually happen in an impact while a leg was sticking out the window, or even up on the dash.

Gazing out of a train window elicits romantic notions of travel, but it also puts you at risk of deadly injury.
Oleh Slobodeniuk/Getty Images

"Your knee will probably hyperextend as well, so you'll be in a position where you'll potentially have no knee ligaments and no hip joint," writes a contributor to the Emergency Physicians Monthly blog. "The anterior force on your driving leg combined with the posterior force on your leg out the window will cause a shearing force on your pelvis which may be enough to snap your pelvis like a pretzel ... If you're involved in a rollover accident, it's even worse. You won't have time to pull your foot back in the vehicle and the edge of the window will hold your foot in place as the several tons of car rolls on top of it, mangling your foot if you're lucky and just ripping it from your leg if you're not so lucky."

In fact, in 2015, a female passenger on a long car ride across Ontario, Canada, did what many people do. She leaned back in the car seat, put her feet on the dash and settled in for a nap. She was still sleeping when the crash occurred, a pile-up that caused the vehicle's airbags to deploy at about 320 kilometers (198 miles) an hour. Her feet were broken and compacted, and after months of healing, ended up being two sizes smaller.

Turns out, whatever you like to stick out a vehicle, there's a good rule of thumb to keeping safe: If it's attached to your body, keep it inside.

Still not convinced? Check out this terrifying close call:

Now That's Cool
More than half the bones in the human body are in the hands and feet, with 27 in each hand and 26 in each foot.

Why Americans Are Having Less Sex Than Ever 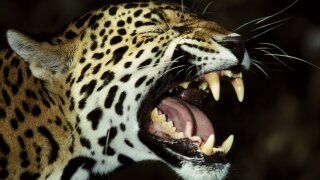 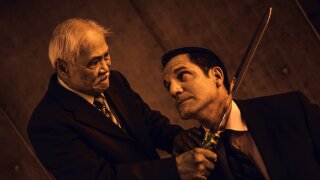 Do You Really Stay Conscious After Being Decapitated? 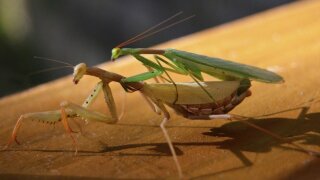