by Patrick E. George
Prev NEXT
7 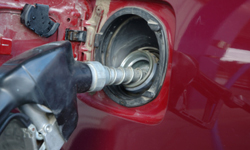 One of the benefits of direct injection is better fuel economy.
iStockphoto/Thinkstock

Direct injection is a further refinement of the improvements made by fuel injection. As you may have guessed from its name, it allows fuel injection to "skip a step," which adds efficiency to the engine, and more power and improved fuel economy as a consequence.

On a direct injection engine, fuel is sprayed directly into the combustion chamber, not into the air intake manifold. Engine computers then make sure the fuel is burned exactly when and where it is needed, reducing waste. Direct injection provides a leaner mix of fuel, which burns more efficiently. In some ways it makes gasoline-powered engines more similar to diesel engines, which have always used a form of direct injection.

As we learned earlier, direct injection engines boast an increase in power and fuel economy over stand fuel injection systems. But they have their drawbacks as well. For one, the technology is a relatively new one, having come to market only in the last decade or so. More and more companies are starting to increase their use of direct injection, but it has yet to become the standard.

Next, let's look at the use of aluminum engine blocks vs. old-school iron blocks.