Do you need a secondary air injection system? 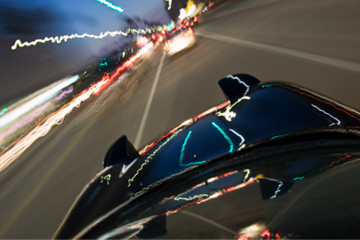 Where do people constantly get the idea that their cars are equipped with something they might not actually need? Perhaps we can blame the Internet and its forums full of armchair mechanics for perpetuating the idea that tuners know better than automakers and environmental experts. The secondary air injection system, a component of the exhaust system, is often a target for backyard tuners and amateur racers, because there seems to be some confusion about its actual purpose.

No matter what automotive marketing geniuses tell you, engines simply can't run with 100 percent efficiency. So, there is always some portion of unburned fuel (known as hydrocarbons) that does not get converted to engine power during the combustion process (which takes place in the induction chamber, which is essentially the "primary" air injection system, even though no one really calls it that). These hydrocarbons are then simply churned out with the rest of the exhaust gases. This is due to a messy, imprecise, fluctuating combination of inevitable mechanical imperfection in mass-produced engine components, variations in fuel quality, environmental factors, driving conditions, and the overall condition of the car. Since hydrocarbons are the component of fuel that makes power, and they are also one of the toxins measured to determine a car's emissions levels, it's important that they're burned as much as possible. So until someone figures out a way to grab those tiny and nearly insignificant particles of precious fossil fuel out of the exhaust, sift them loose like a miner panning for gold, and inject them back into the engine for a second shot at a useful life, it'll go to waste. And as it's being wasted, it's polluting more -- double blow. The truth is, burned fuel is less toxic to the environment than unburned fuel, even when burning that fuel results in no power whatsoever.

Which begs the question: Does a car need a secondary air injection system to run?

Strictly speaking, no, it doesn't.

If your car doesn't have a smog pump, a couple things can happen. If the system was shoddily bypassed (like the part rusted right off, or, more likely, like the high school kid down the street read online that he'd gain a few more horsepower) then it can actually end up robbing the drivetrain of output. Whenever there are loose ends, leaks, or any other kind of illogical airflow, the engine is wasting power. (The air introduced by the smog pump meets up with the exhaust after it's expelled from the engine, so, assuming everything works properly, the smog pump influences the car's performance because maintaining proper pressure throughout the exhaust system is crucial for smooth running.)

However, it's generally true that removing "unnecessary" electrical accessories, like air conditioning and, yes, the smog pump, is popular with the racing and sport compact car communities because shedding the weight, as well as eliminating the source of an electricity drain, can provide a slight power boost. There are ways to get rid of the smog pump to reclaim a few ponies, yet maintain the all-important pressure. The easiest is probably to buy a kit specifically for this purpose from a racing supply catalog. If the modification was done correctly (and note that "correctly" does not equate to "legally"), the engine would basically be tricked into never knowing what it was missing.

That's assuming, of course, that a few extra notches on the engine block is more important than being a reasonably responsible denizen of our planet.

There were times in my life I owned multiple cars, all of which would be in various states of modification and of dubious legal status. I was a polluter, and not particularly ashamed. On more than one occasion, I'd burn considerable extra gas (it was cheap back then!) running laps around the block before pulling up for my state emissions test. Now I'm a smug, car-free urban-dwelling public transit commuter, so reading up this topic with purely altruistic motives felt pretty good. It was like doing a few minutes of research to reassure a friend that yes, she'd definitely pass a pre-employment drug screen based on those foggy memories of when, where, and how much, while silently congratulating myself that I wasn't the one in the hot seat. In either case, rest assured: those pumps and pipes have a purpose.