What can you do to reduce your car's emissions? 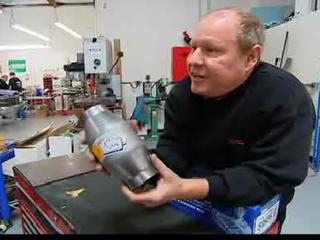 To keep them from emitting too many pollutants, cars are fitted with catalytic converters. A catalytic converter monitors your car's exhaust for oxygen so that the engine computer can decrease or increase the oxygen accordingly. This keep the engine running as close as possible to the stoichiometric point (the ideal air-to-fuel ratio) as well as ensuring there's enough oxygen in the exhaust. (The oxygen is needed in order to burn up the carbon monoxide and other pollutants in the exhaust.)

One shortcoming of catalytic converters is that they only work at a fairly high temperature. This means that when you start your car cold, the pollution in your exhaust is not going to be reduced effectively.

To solve this problem you could preheat your car's converter with an electric resistance heater. Unfortunately, most car electrical systems aren't strong enough to heat up the converter quickly, and most people wouldn't want to wait the few minutes it would take to heat up the converter before starting their cars. (The high-voltage batteries in hybrid cars do have enough power to heat catalytic converters quickly.)

Diesel engines run even cooler than other kinds of engines, meaning that their catalytic converters don't do as good a job in reducing nitrogen oxides (also known as NOx, the pollutants that contribute to acid rain and smog). But if you inject a urea (or carbamide, which is made of carbon, hydrogen, nitrogen and oxygen) solution into the exhaust pipe, it will evaporate and mix with the exhaust, creating a chemical reaction that reduces NOx. When it reacts with NOx, urea, which is found in the urine of amphibians and mammals, produces water vapor and nitrogen, and disposes of over 90 percent of the nitrogen oxides found in car exhaust [source: Innovations Report]. 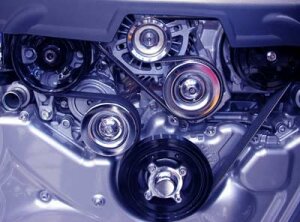 How does the oxygen sensor in a car work?

What is a catalytic converter and how does it work?

How do I know if my catalytic converter has failed?