Cars are immensely complicated machines, but when you get down to it, they do an incredibly simple job. Most of the complex stuff in a car is dedicated to turning wheels, which grip the road to pull the car body and passengers along. The steering system tilts the wheels side to side to turn the car, and brake and acceleration systems control the speed of the wheels.

Given that the overall function of a car is so basic (it just needs to provide rotary motion to wheels), it seems a little strange that almost all cars have the same collection of complex devices crammed under the hood and the same general mass of mechanical and hydraulic linkages running throughout. Why do cars necessarily need a steering column, brake and acceleration pedals, a combustion engine, a catalytic convertor and the rest of it?

According to many leading automotive engineers, they don't; and more to the point, in the near future, they won't. Most likely, a lot of us will be driving radically different cars within 20 years. And the difference won't just be under the hood -- owning and driving cars will change significantly, too.

In this article, we'll look at one interesting vision of the future, General Motor's remarkable concept car, the Hy-wire. GM may never actually sell the Hy-wire to the public, but it is certainly a good illustration of various ways cars might evolve in the near future. 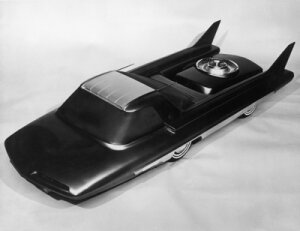