The 1986 Honda Accord kicked off the car's third design generation with a sleek new look, larger dimensions and more power. The result was an Accord that managed to be both sportier and, in new top-line LXi trim, more luxurious. The same could be said for the entire Honda line, which was fast expanding to include nifty two-seat Civic-based coupes -- mini sports cars called CRX -- as well as an upscale compact and large sedan sold separately under a new brand name, Acura.

All this testified to Honda's roaring success in North America. Indeed, the company would soon be making more money in the New World than it did in Japan. Yet despite the model proliferation, the Accord remained Honda's chief moneymaker. Even the '86s, for all their obvious changes, maintained the key attributes that made Accords so appealing to American consumers. The 1989 addition of notchback coupe models further enhanced Accord's popularity.

Most cars billed as "all new" really aren't, but the 1986 Honda Accord truly was. About the only things carried over were front-wheel drive and transversely mounted four-cylinder engine. Smooth new styling, announced by hidden lamps, complemented the usual low-slung Accord stance and brought larger dimensions. Wheelbase went up a sizable 5.9 inches to 102.4, which helped increase rear-seat space. Length extended to 174.8 inches on hatchback coupes and to 178.5 on sedans.

The new models were also a bit wider (66.7 inches) and heavier by 100-200 pounds depending on body style and equipment. Front and rear axle widths were broadened, which combined with a redesigned four-wheel independent suspension to improve handling and roadholding that were already quite sporty for a family compact.

Models were comprised of coupes and sedans in base DX and nicer LX trim, plus new LXi versions. The four-cylinder engine retained a single overhead camshaft, but was a clean-sheet design displacing 2.0 liters instead of 1.8. LXi models came with Honda's new electronic multiport "Programmed Fuel Injection" and claimed 110 horsepower, a new high for Accord. Other models had a two-barrel carburetor and 98 horsepower.

Both engines teamed with five-speed manual and optional four-speed automatic transmissions. Among several new convenience features were a fold-down rear seatback for sedans (with security keylock on the rear parcel shelf) and standard power antenna and door mirrors for LX and LXi models. The LXi duo included a power glass sunroof that was unavailable on other models.

The midrange LX versions proved to be the most popular of the new Accords, offering most LXi features for not much more money than the plain DX versions. After testing an '86 sedan, Consumer Guide found that "[d]espite higher prices and only average performance and fuel economy, the Accord LX remains an excellent buy that's only enhanced by its new, larger size. As always, its spirited character and high mechanical and ride refinement set it apart from the compact herd." The editors also liked a test LXi hatchback for its zippier performance and all-round competence. "It's sporty enough to rival the costlier, stiffer-riding Prelude [coupe] as the 'enthusiast's' Honda, and that's saying a lot."

The third-generation Honda Accord was predictably little changed for the sophomore 1987 model year. Hatchback coupes gained automatic front shoulder belts in line with a new federal mandate that at least 10 percent of a manufacturer's cars have "passive restraints." As in other cars, these attached between inboard anchors and tracks on the windshield pillars. Closing the doors caused the belts to run along the tracks (via electric motors) into proper position; opening the doors automatically pivoted them out of the way. This operation led to the nickname "mousebelts." They were meant as a convenience, but still required separate lap belts fastened manually. Aside from this, new colors and a reoriented power-door-lock switch, the '87 Accords were '86-model reruns.

Sportier LXi models and the addition of a notchback coupe body style headlined the 1988 Honda Accord story. The new notchbacks offered the same three trim levels as other models and were essentially "two-door sedans" with a different rear roofline. This body style was suggested and designed by Honda's U.S. arm. It reflected the fact that, unlike Japanese and European consumers, most Americans thought hatchbacks, however sporty looking, were too much like utilitarian station wagons; they also preferred the security of a lockable trunk over a hatchback's more-exposed cargo area. Interestingly, the notchback coupe proved quite a hit in Japan, partly because it was built only at Honda's Ohio plant and thus had a certain "foreign mystique" that locally produced Accords did not.

Honda had always planned to export this body style from the U.S. -- the first "transplant" automaker to do so. What it didn't count on was the high demand among trendy Japanese youth for American-built Accords with left-hand drive, not the right-hand-drive conversions that would normally be sent to that market.

The return of a plush SEi sedan was the highlight for the 1989 Honda Accord. As in 1985, it signaled the end of one design generation and the imminent arrival of the next. This year's SEi was basically an LXi sedan gilded with standard leather upholstery and a high-power Bose-brand stereo system.

The third-generation Accord would be a tough act to follow. Consumer Guide in 1989 termed it "the class of the compact class...an outstanding all-around buy among family cars. Attractions include decent room for four, adequate cargo space, a comfortable driving position, superb outward vision, exemplary workmanship and good fuel economy...[W]e rate the LX sedan as the best Accord buy on a value-per-dollar basis.

Though strong resale value and high marks for reliability sooth some of the sticker shock, the Accord is still pricey for a compact. Part of the problem stems from rapid price escalation...as the dollar weakened against the [Japanese] yen. But mostly, high demand for a very good car makes it a seller's market for Accords."

That situation would change somewhat in later years, but not as much as the car itself. See the next page to learn more about the evolution of the Accord. 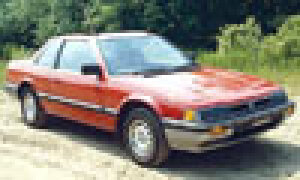 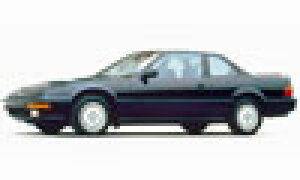