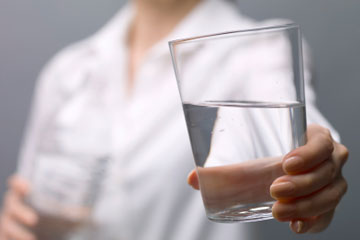 In a way, HHO systems got their start in 1875, all because of author Jules Verne. In "The Mysterious Island," Verne wrote:

Yes, my friends, I believe that water will one day be employed as a fuel, that hydrogen and oxygen which constitute it, used singly or together, will furnish an inexhaustible source of heat and light, of an intensity of which coal is not capable.

Fast forward about a century, and enter Australian Yull Brown, an avid inventor and Verne enthusiast. He claimed to have invented a way of separating the hydrogen and oxygen molecules in water using electricity, thereby allowing him to use the two elements for things like welding or automobile fuel. The fuel produced was referred to as HHO gas, Brown's Gas, hydroxy, or oxyhydrogen. HHO is simply shorthand for H2O, which contains two hydrogen molecules and one oxygen molecule.

And so, from Verne and Brown came the legend of the water-fueled car, and added to this is more than three decades of speculation, argument and refutation. Despite Brown's claims, the water-powered car is still the mechanical equivalent of the Sasquatch -- maybe it exists, maybe it doesn't, and much of its existence is based on faith.

The idea behind an HHO system is a relatively simple affair. The system uses electricity from your car's alternator to run an electrical current through water that's been infused with an electrolyte, usually a form of salt. The electricity breaks the bond between the hydrogen molecules and the oxygen molecules, and the hydrogen and oxygen are released as gases. These gases are collected and used by the engine as fuel.

The collected gas then is piped to the vehicle's engine and sucked in by the intake manifold. Accounts from manufacturers claim hydrogen is thousands of times more energy dense than fuel, and only a little is needed to fuel the vehicle. Once combusted, the hydrogen and oxygen recombine into -- you guessed it -- water.

While the water-as-fuel claim is no longer rolling, HHO believers claim the systems can be used to boost mileage anywhere from 50 percent to more than 200 percent, as well as to reduce emissions.

There are grains of truth in HHO systems -- but does it actually work?

HHO Systems in Theory (and Myth)

The report was embraced by fringe energy theorists as justification of years of hard work. It was also embraced by the clean and renewable energy crowd as a battlefield win in the war to used hydrogen -- one of the most plentiful elements in the universe -- as a viable future fuel source.

So, Brown and Verne were correct -- to a point.

Using electrolysis to create Brown's Gas does work. Most systems use a stack of steel plates that act as positive and negative poles for electricity from the car's alternator. The current, with the help of a salt (potassium hydroxide), rips apart the molecular bonds that hold a water molecule together. The gas is pulled into the intake manifold by the engine vacuum. The gas is either used to increase the quality of the fuel burn, increase mileage and reduce emissions, or replace a portion of the fuel.

Physicists, and physical laws, point out it takes more energy to create the gas. In other words, the system's output is less than its input. Critics also urge interested parties to look at how much gas it takes to power a car, as opposed to how much oxyhydrogen is necessary to replace an equivalent amount of fuel. More importantly, a car's alternator can't produce the current to generate that much HHO.

Despite the controversy, HHO systems are fascinating -- they represent a potential, and they're a great source of inspiration for tinkerers, dreamers and people who like to build quirky and off-beat technology.

Do they work? Probably not, but then again -- maybe you'll see a Sasquatch driving a water-powered Pinto someday.

Several sites sell premade circuit boards that can be added to an engine control module to trick the engine into thinking everything is fine. However, by tweaking the electronics, you could damage the engine. You could also cause the car to fail emissions testing, costing you more money than it cost to build the system.