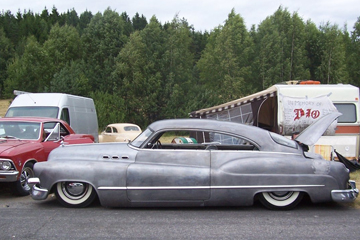 Leaving a car bare isn't a new idea, but the trend is enjoying a resurgence. Can't picture it? Think of the 1980s classic gull-wing DeLorean (aka the time machine in "Back to the Future"). It's not quite the same, but it'll give you an idea of the metal's overall look. There's a lot more to building and maintaining a bare metal ride than meets the eye, even if it seems like it would be a low-maintenance way to start hanging out with the hot rod crowd. After all, it's not just a car that someone started to put together and then ran out of money to complete. A bare metal finish is definitely a conscious choice, not an accident, and it requires a lot of upkeep. Find that hard to believe? Well, think about why cars are painted in the first place. It's for protection as much as aesthetics. And since most bare metal cars aren't stainless steel, although they might look a little bit like it, rust is almost always a concern.

A typical production car goes through a process in which several coats of primer, paint, and then clear coat are baked onto the car, and this finish normally works pretty well to protect the car's exterior surfaces from minor damage. Aside from looking nice, the objective of a paint finish is to keep the body metal from making contact with the elements. Once that happens, the metal's structural integrity can begin to break down. Think about how quickly a rust patch can spread from a simple, minor scratch in the paint. An average car owner might not dwell on such a problem, but to the show-car crowd, it's a disaster. And, if left unchecked, exposed metal and rust spots can spread quickly, which is a problem on any car -- show-worthy or not. The damage can even work its way underneath the protective paint surface, eating away at the car's metal that remains unseen.

If a quality paint job is so important, you may ask: Why is a group of people that are obsessed with their cars' appearance deliberately making life more difficult by opting to bare it all? Well, to some people, the additional challenge is exactly what makes it worthwhile, resulting in a unique, eye-catching vehicle. 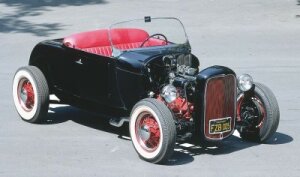 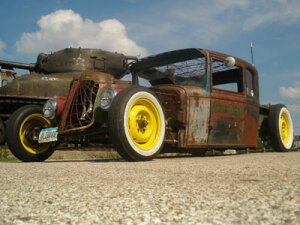 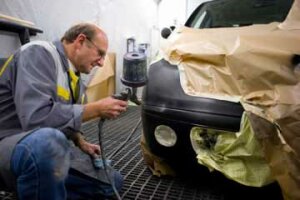