The Cole Foster 54: Profile of a Custom Car

Cole Foster found this 1954 Chevy hardtop in a junkyard in 1988, then spent years restoring it. See more custom car pictures.

Cole Foster has been doing top-shelf professional customizing, fabrication, and car construction out of his "Salinas Boyz" shop in Salinas, California, since 1989, but being a custom car and bike builder wasn't his first career choice.

As a teenager, Foster intended to follow his father, famed drag car fabricator/driver Pat Foster, into a career as a Funny Car driver. Fate nixed those plans, but the beautifully fabricated, purpose-built drag racing machines Foster grew up with would forever influence him.

Foster spent the majority of his youth acquiring his own fabrication skills, which he combined with his innate sense of design to create some of the country's best traditionally styled custom cars, motorcycles, and hot rods.

Foster's chopped 1954 Chevy hardtop was the first custom that brought him national acclaim. He pulled the car out of a Northern California junkyard in 1988, then worked on it off and on over the next six years as time and finances permitted.

The chassis was updated with late-model components for reliable cruising. The stock stovebolt six was replaced with a Chevy 350-cid V-8 hooked to a Turbo 350 transmission. A late-model independent front suspension was installed, and the rear suspension was swapped for a '64 Chevy axle on de-arched springs.

The frame was altered for clearance and the gas tank raised to allow for the lower stance. Hubcaps from a 1951 DeSoto were modified with bullet center caps.

Foster chopped the top four inches, replacing the entire rear portion of the roof with custom-rolled sheetmetal by Don Fretwell. The new shape eliminated the factory "dog-leg" rear pillar design in favor of an unbroken tapered slope. The stock "wraparound" rear window was replaced with smaller unit from a 1950 Plymouth.

A top chop is a difficult and incredibly important modification for a custom because it dictates the vehicle's overall profile. Foster got this one right.

Foster welded the stock two-piece hood into one piece. He reshaped the grille opening by fashioning a U-shaped grille surround from two 1954 Chevy pieces, cutting down the stock '54 Chevy grille bar to fit within the new opening. In the process, Foster removed the parking-light pods from the grille bar and added four extra teeth. The front gravel pan was molded in and a stock front bumper was mounted in a lower position after its bumper guards were removed.

The headlights were frenched with 1954 Mercury trim rings. The front wheel openings were raised three inches, and the stock front fender body character lines were hammered smooth. All factory trim and handles were removed.

Out back, the stock­ taillights were frenched and bubble lenses from Gene Winfield were added. To match the front, the rear gravel pan was molded in and the rear bumper mounted in a lower position. Note also that the license plate was curved to match the shape of the rear bumper.

The car spent some time in bare metal, then primer, and satin-purple pearl as the work progressed. It was eventually finished with a deep midnight-blue pearl paint job by Jesse Cruz. Later, Mark Dublia applied subtle scallop accents above the head- and taillights.

The interior received pearl-white tuck-and-roll upholstery with blue piping. The steering wheel came from a '53 Mercury, and the dash was smoothed and fit with aftermarket gauges in an engine-turned panel next to the factory speedometer.

The interior was finished with pearl-white tuck-and-roll upholstery with blue piping.

The finished Chevy illustrates the philosophies that Foster applies to all of his shop's output. He strives to avoid clichéd ideas and flash-in-the-pan trends as he crafts fresh, purposeful design statements that will look as good 30 years from now as they do today. 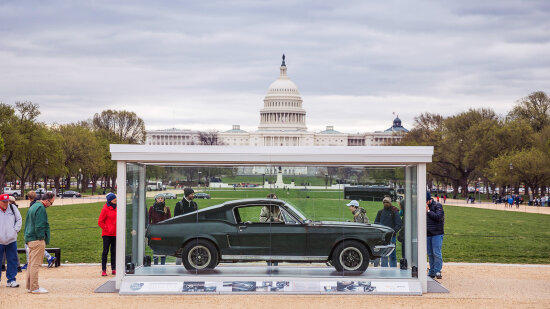 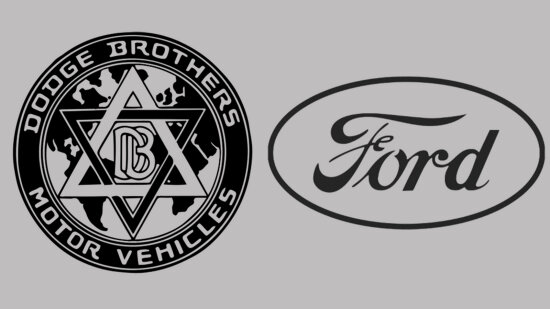 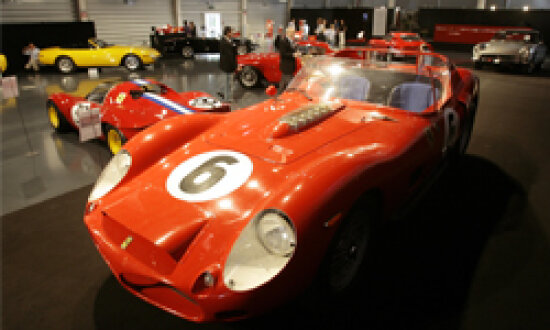