Racing in NASCAR: To the Winner Goes the Spoils 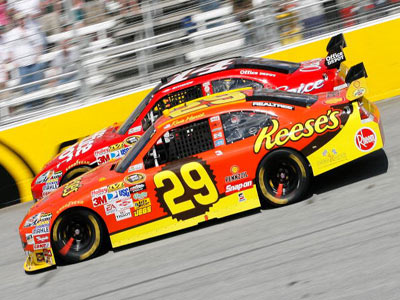 ­To drive in NASCAR's m­ost basic racing circuits, you'll need a NASCAR driver's license. You can apply through NASCAR headquarters or through a local NASCAR-licensed track. Everyone associated with your team will also have to get a license [source: Martin, Tuschak].

Even if you're already a racing champion in another organization, NASCAR requires you to submit an application and resume. The application requires you to provide some personal information, references and an extensive listing of your racing experience [source: NASCAR Driving Information and Record].

Once you have a license, you'll need to field a team and a car. Given the costs of maintenance and pit crew salaries, travel costs, vehicle care and the $100,000 car itself, the easiest way to secure financing is to connect with a well-funded team owner [source: Martin, Tuschak]. These deep-pocketed individuals then find the sponsors whose cash keeps a team running.

If you become good enough, you can obtain licensing deals that allow your name and face to adorn everything from t-shirts to key chains, generating millions for you and your team. Several NASCAR celebrities have started their own teams after enjoying successful racing careers.

Speaking of teams, any aspiring driver should remember that it's all about the team. Fans root for their favorite driver, the media focuses on the drivers and drivers get the credit (or the blame) for the outcome of any given race. But drivers will be the first to tell you the importance of the team in delivering a great performance.

For this reason, owners look not just for driving skill, but also a less quantifiable quality -- chemistry. Will this driver work well with the current staff, win races and make us money? Or would this driver likely react poorly with our current folks, lose races and become a liability?

Drivers can also move laterally from another racing league. A few stars have switched their allegiances from Formula One racing or Indy Racing League competition to NASCAR.

At the top of the NASCAR chain of competition is the Sprint Cup series (formerly the Winston Cup, then later renamed the Nextel Cup; Sprint took over after a corporate merger with Nextel). At this elite level of competition, the pressure is intense, but so are the potential rewards.

For more information on NASCAR, head over to the next page.