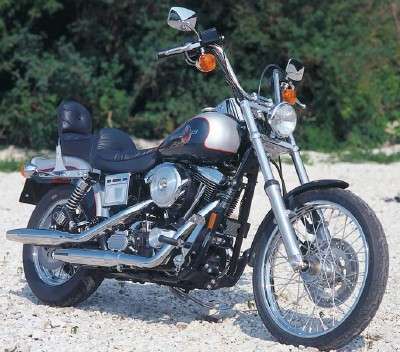 The 1993 Harley-Davidson FXDWG Wide Glide motorcycle was specially designed for Harley's 90th anniversary, but unlike the original 1980 Wide Glide, it had a silent-running, maintenance-free belt drive.

As with previous anniversaries, Harley-Davidson's 90th was celebrated with specially designed and badged models. This time around, it was the Wide Glide that got the treatment.

The original Wide Glide was introduced in 1980, and featured a flamed "Fat Bob" gas tank, narrow front wheel, "ape hanger" handle-bars, forward-mounted foot pegs, and bobbed rear fender. It also had widely spaced fork tubes, from which it got its name.

Beneath the custom styling was Harley's usual mechanicals, including modern suspension, disc brakes, and of course, the thumping 80-cubic-inch Evolution V-twin.

Unlike the original, however, the 90th Anniversary Edition had silent-running, maintenance-free belt drive.

To those familiar with the company's history, the mere presence of a 90th Anniversary Harley-Davidson was cause for celebration. Several times over the years, even as recently as the early 1980s, the Milwaukee bike builder had looked like it was on the verge of extinction.

But by the time this Wide Glide rolled out the door, Harley-Davidsons were in high demand. The company was in the enviable position of being unable to keep up with orders. The cool 1993 Harley-Davidson FXDWG Wide Glide motorcycle added to that happy problem.

Continue on to the next page to see more 1993 Harley-Davidson FXDWG Wide Glide motorcycle pictures. 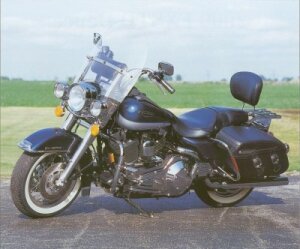 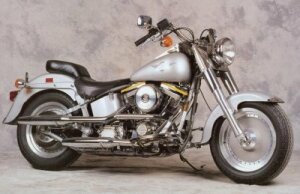