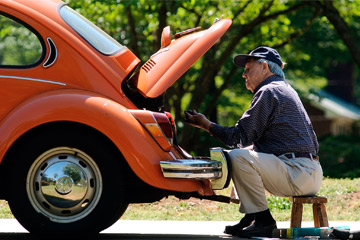 Howard Boykin replaces an air hose on his 1971 Volkswagen Beetle in front of his home in Anderson, S.C.
AP Photo/Sefton Ipock

Most people have heard of "Zen and the Art of Motorcycle Maintenance," but not everyone has a motorcycles or the time to meditate on maintaining one. However, most people do have cars, and diagnosing car trouble and other auto problems can seem as foreign to most people as Eastern philosophy. But what if there was an Eastern philosophy that could help you diagnose car problems and prevent car trouble?

Some people think there is. The word kaizen means improvement in Japanese, and the Kaizen philosophy, which focuses on continuous improvement in all areas, is the basis for some of the success of Japanese car companies. Appling some of its precepts to how you maintain your own car may help you avoid common problems.

Using an Eastern philosophy to prevent car trouble doesn't mean you should start doing yoga on the hood of your car (not that there's anything wrong with that). The Kaizen philosophy focuses on making constant improvements to quality by identifying and eliminating waste. It turns out, that's a pretty good philosophy to guide car manufacturing and maintenance, too.

Most car problems arise from poor maintenance or wear and tear. If you can identify problem areas before they actually become problems, then you've just applied Kaizen to your car -- and likely saved yourself a hefty repair bill at the same time.

Take your car's fuel filter, for example. It's a small part that can cause big problems. If it malfunctions, gunk from your fuel tank can end up in your engine, which can lead to extremely expensive and complex repairs. Even if the filter is just dirty, fuel won't flow efficiently to the engine and your car's performance will suffer. Following Kaizen means that you should check small parts, often, to ensure that everything is working just as it should. So if you replace your car's fuel filter it when it gets clogged, you're helping to maximize the quality and efficiency of your car's engine.

While you can certainly apply Kaizen philosophy to your own car and the maintenance you perform, it's most famously been applied by some car companies right at the factory. Keep reading to find out which car manufacturers follow Kaizen from the get-go. 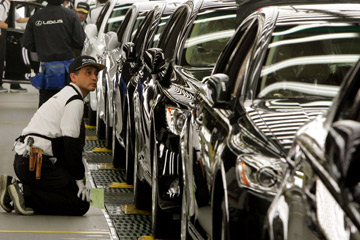