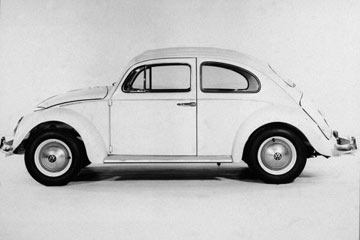 There's a little-known rift in American culture, a division drawn between people who find the cars built in yesteryear more reliable and those who find today's modern cars less problematic to drive.

One can understand why classic car enthusiasts believe that older cars are more reliable than more modern models. Compared to newer cars, classic machines were much more simplistic in the design of their engines. The Volkswagen Beetle of the 1960s, widely considered a very reliable car, used the air that passed around the car during driving to cool the engine instead of liquid coolant. Without this addition, the car was easier -- and less problematic -- to drive. What's more, the car was extremely easy for the average person to repair, which isn't something that many can say about modern cars [source: Holzman]. Of course, not every car in the 1960s was as easy to fix as a Beetle.

However, the general consensus seems to be that modern cars don't break down as often as older ones. When the U.S. government offered the "Cash for Clunkers" program in 2009, it was intended to stimulate the economy and improve the fuel efficiency of the American cars on the road. It also served as a tacit confirmation that newer cars are better. That might be a controversial claim, but the numbers don't lie: The car with the record for the most miles driven was a 1989 Saab 900SPG, owned by a Wisconsin traveling salesman who logged 1,001,385 miles in 17 years before retiring it [source: AP].

The decline of car maintenance costs also shows that modern cars are becoming increasingly less problematic. In the United Kingdom, for example, the average cost of maintaining a car declined by 13 percent between 1997 and 2009 [source: Savage]. As a result of this improved reliability, people are hanging onto their modern cars longer than before. In 2009, J.D. Power and Associates reported that the average trade-in age of a car in the U.S. is 73 months. Just three years earlier, the average trade-in age was 65 months [source: Butcher].

One reason for the decrease in car maintenance among modern cars is the advent of the on-board computer. While it provides a distinct advantage in diagnosing car troubles, it can also lead to some problems. Learn more on the next page.

Advantages and Disadvantages of Modern Cars 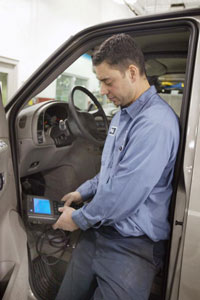 Because of OBD-II, the process of diagnosing car troubles is exponentially easier among modern cars.
Tim Boyle/Getty Images

Back in the 1970s, the newly established Environmental Protection Agency (EPA) issued standards for vehicle emissions that all American car manufacturers were required to meet. Because of this mandate, car makers began using electronic equipment to control vehicle functions.

This new equipment dramatically increased the complexity of the systems found in automobiles -- and dramatically increased the cost. A 1968 Toyota Corolla, for example, went for about $1,700; the 2009 model started at around $15,000 [source: Edmunds, Cars.com]. This complex system has vastly improved vehicle performance, safety and fuel efficiency, but it has also increased the likelihood of breakdowns. The more interdependent parts a system has, the higher the probability that the system will fail, after all.

The on-board computer has made troubleshooting much easier when something does go wrong, however. During the 1980s, a universal system was established by the Society of Automotive Engineers (SAE) for cars known as the On-Board Diagnostic system (OBD-II). They became mandatory in 1996. When something goes wrong in a car outfitted with OBD-II -- you'll know when you see that "Check Engine" light flash on your dashboard -- a mechanic can plug into the computer and receive a code. This code is then cross-referenced with a handbook of codes and their meanings, leading the mechanic to an accurate diagnosis of the car's problem.

Thanks to OBD-II, car repair can be less expensive, since trial-and-error isn't necessary. On the other hand, when something does go wrong, the cost of repairing a modern car can be more expensive than it was to fix an older car a few decades ago. The more complex modern engines require designers find creative ways to pack more stuff under the hood. Because of the increased difficulty in managing the number of parts that would require replacement in the event of a crash, the cost of modern cars is more expensive [source: White].