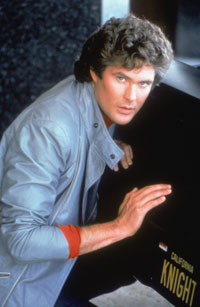 Television has had a long fascination with the concept of intelligent automobiles. The 1965 to 1966 series "My Mother the Car" portrayed the travails of a hapless family man who discovers that his mother has been reincarnated as his wisecracking 1928 Porter automobile. In 2002, TV Guide named the series the second-worst television show of all time [source: AP].

While that series may have failed, interest in cars that are smarter than their drivers didn't wane. The 1980s TV series "Knight Rider" perhaps came closest to what viewers wanted in an intelligent car. Rather than being possessed by a reincarnated soul, this car, K.I.T.T. (Knight Industries Two Thousand), was controlled by high-tech computerization. With undercover agent Michael Knight behind the steering wheel, K.I.T.T. provided support for him week after week as Knight apprehended bad guys. K.I.T.T., a Pontiac Trans-Am, wasn't only capable of high speeds -- it was armed with flame throwers and could navigate out of dangerous situations. In 1982, K.I.T.T. was the pinnacle of high-tech.

Soon, the computer age brought new breakthroughs in digital technology. With the advent of wireless communication and compressed data storage, what was once limited to the imaginations of TV writers became available for general consumption. You'd be hard-pressed to find a car on a dealer's lot equipped with flame throwers, sure. But there's a lot of other K.I.T.T. features in cars today. Automobiles have zoomed into the digital age.

What exactly makes a digital car digital? Intelligence. New features have transformed the car from a mere vessel that transports you from point A to point B -- now, cars get you there more easily, safely and even keep you entertained along the way. Cars have come to resemble computers on wheels. Cadillac even offers 40 gigabyte hard drives on its 2008 CTS model [source: Detroit News].

Find out some of the ways auto manufacturers are making cars intelligent on the next page. 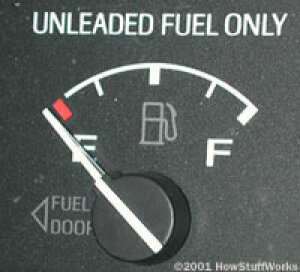