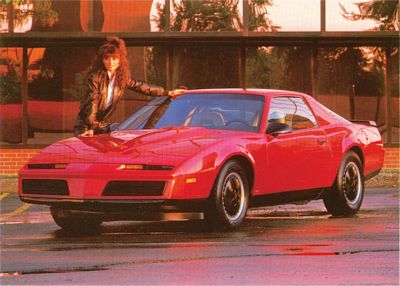 If four-speed manual shift helped Trans Am owners get the most out of their road machines, surely five would help even more. So a five-speed became standard in '83, while automatic transmissions grew from three ratios to four and gained a lock-up torque converter.

This year's Firebirds were slightly taller and wider, and the Trans Am's V-8 engines gained a little power. Both Trans Am and S/E edged past $10,300. For long-distance driving comfort, any model could get Lear/Siegler multi-adjustable bucket seats with lumbar support and movable cushion bolsters. A split-back folding rear seat was available across the board.