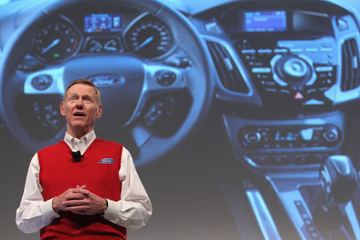 Everyone likes to be connected -- you only have to look at the explosion of the smart phone market to see that. Even when far from home, people like to be able to access and update social media like Twitter and Facebook, have instant and direct contact with family and friends, and get the info they need, like weather, sports stats and traffic updates, to get through their day. While it's easy to get all of this information on a smartphone or other mobile device, we all know that using a phone, particularly for things like browsing the web, is dangerous while driving.

It's clear that people aren't going to give up connectivity just because they're driving. That's one of the reasons that Ford offers its Sync infotainment system in all models of the Ford and Lincoln brands. Sync connects the car to a cell phone, allowing the driver to use voice commands for things like making calls or playing MP3 files. It also uses voice commands for the car's systems, like the radio, navigation and climate controls, so the driver's eyes are always on the road.

In order to use Sync, a driver's cell phone must be Bluetooth enabled. With the Bluetooth connection, Sync connects to the phone wirelessly. Sync can read incoming texts to the driver, and place calls. With additional services, like Ford's Traffic, Directions and Information services, drivers can get spoken directions, traffic updates, and information like weather, sports scores and even movie listings through voice commands in their cars. The number of things Sync can do is impressive, especially when you consider that it's available on affordable models like the subcompact Ford Fiesta. Keep reading to learn how Sync works and how other car companies are nipping at Ford's heels with their own Sync-like systems. 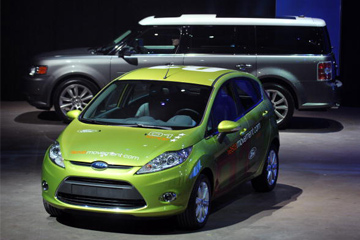 What is the difference between the Prius and the Prius Touring?
How Gas Prices Work
How the Engine Control Module Works