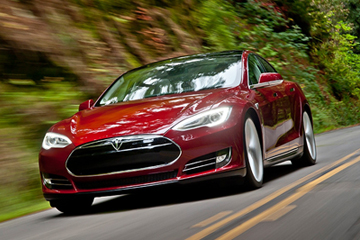 Tesla Motors is a California based car company that's making waves for making practical, fully electric cars that also happen to be rather nice. But it wasn't always that way, especially considering the company's brief history (founded in 2003). Tesla's first car was the Roadster, which was a Lotus Elise body fitted with an electric motor. So in other words, instead of a $50,000 gasoline-powered Elise, Tesla buyers got a $100,000 modified electric Elise. Perhaps unsurprisingly, Tesla sold just a couple thousand Roadsters. The Model S, Tesla's latest all-electric sedan, is a fresh design and is hand assembled piece by piece, which is only two of the reasons it's getting so much attention -- a lot of people didn't think Elon Musk, the company's charismatic co-founder, could pull it off.

Even though Musk has a long history of accomplishments in the tech and engineering industries, as well as some impressive financial savvy, auto industry insiders were pretty skeptical he'd be able to build a car, and it seemed that more than a few of them were hoping his boasts would come back to bite him [source: Mueller]. And even though Tesla Motors was founded by a group of like-minded tech-forward entrepreneurs, Elon Musk always seems to be the one out in front taking (and making) the shots. The truth is, it's better for almost everyone if Musk and his cohorts succeed. It's better for the U.S. domestic auto industry's overall reputation, even if the big automakers don't like the competition. It's also better for the technology industry, and it's better for future energy policy, too. Who knows? It might even help Detroit shake some cobwebs loose.

As of August 2013, Tesla outsold Porsche, Volvo, Lincoln, Land Rover and Jaguar in the California market [source: Mlot]. California is an important benchmark because of its relatively high median income and its push toward environmentally friendly vehicles (and it also happens to be home to Tesla's headquarters). California's car sales are thus rarely indicative of nationwide trends, but this statistic is seen as important nonetheless, due in part to the state's heavy investment in electric vehicle (EV) charging stations.

The Model S was made possible thanks to a hefty loan from the Department of Energy. Apparently, $465 million will finance a lot of research. And Elon Musk is no stranger to such things -- he has a solid history of assembling the best talent to carry out his detailed objectives. Though the Roadster's been retired, the Model S sedan hit the streets in June 2012 (and the Model X SUV is forthcoming). All three cars are designed to take advantage of the efficiency of the AC (alternating current) induction electric motor designed by engineer and physicist Nikola Tesla back in the 1880s. Success of the Model S means big things for this relatively small company -- and for domestic energy policy and even for the future of cars in general. 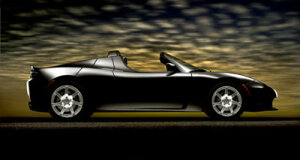 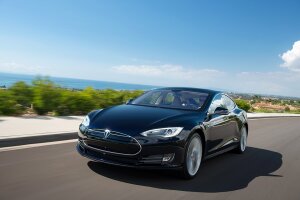