by Cherise Threewitt Mar 5, 2019
Tesla Dog Mode is designed to let owners keep their furry friends cool and safe in the car while they're off somewhere else. But not everyone is thrilled with the option. Tesla Inc.

Every year, hundreds of pets die from the effects of heat exhaustion after being locked in parked cars. It's a problem that, until now, had no solution. Well, no solution other than making it a crime and, you know, not locking your pets in said hot car.

That was until dog-lover and Tesla CEO Elon Musk decided he would try to remedy the situation for those who own his cars — and at the same time make lots of friends in the four-legged world. We're talking about Tesla's new Dog Mode feature.

Dog Mode now allows owners of the Tesla Model 3 to access the option through the climate control menu on the car's touch-screen infotainment system. It uses sensors to maintain a safe interior cabin temperature. But that's not all. When it's in active mode, it displays a message that says, "My owner will be back soon" and a readout of the car's internal temperature. The message can easily be seen from outside the car, so well-meaning passersby won't feel the need to call the police or break a window to ensure the pets inside are safe.

Dog Mode actually builds off technology that's been available in Tesla vehicles since 2016. The Cabin Overheat Protection feature keeps the cabin cool when the car is turned off, and Dog Mode just customizes this option a bit further.

A member of Tesla's communications team told us that the feature was developed by Tesla and is available free of charge to all car owners via an over-the-air update. The first feature rolled out on the Model 3, and will eventually be available on the Model S and the Model X.

The idea for Dog Mode actually came from a Tesla fan and owner, who, according to Bloomberg, reached out to Musk via Twitter requesting it. Musk himself has two dogs, and there's an active group of Tesla-driving dog owners who follow the @dogsoftesla Twitter and Instagram accounts.

But not everybody thinks Dog Mode is such a great option. Samara Lynn from Black Enterprise wrote a scathing piece outlining why she says it's "a terrible idea." For one, she says, technology can fail. And the new option might even encourage dog owners (and parents, for that matter) to leave their pets and children locked in the car unattended, no matter what the temperature outside is.

The update does come with a release note warning drivers to check their local laws for any restrictions on leaving pets unattended in their car, but it makes no mention of not using it for children. So in other words all you dog-loving Tesla owners, user beware. Dog Mode may be a fun addition to your car, but it definitely doesn't replace common sense.

Now That's Interesting
Another over-the-air update is Tesla's new Sentry Mode, which uses the car's extensive network of exterior cameras and sensors (the same hardware that enables the Autopilot driver-assistance features) to detect when a person is standing too close to the car when it's parked. Sentry Mode will display a message on the tablet-like infotainment display notifying the person that they're being recorded, just in case their intentions are nefarious.

Veins, Needles, Yikes: What to Know Before Having Blood Drawn 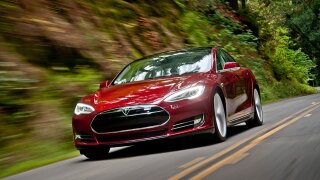 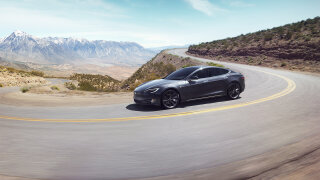 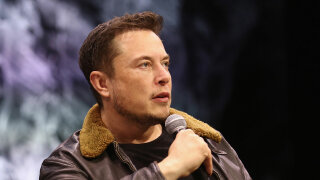