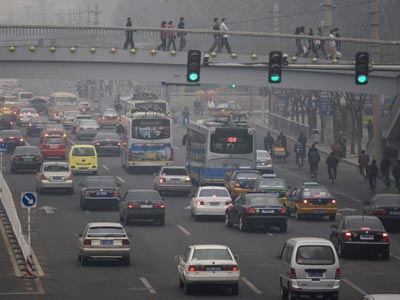 It's that dreaded image no one wants to see when they're getting onto the highway -- a flat, hazy sea of cars that are stuck bumper to bumper, barely moving an inch when some space frees up. The experience of being trapped in a traffic jam is hard enough psychologically for most people. Usually we're late for a meeting or some other appointment, so the stress of being unable to get to your destination as easily as possible can be upsetting. Plus, you're fully enclosed in your car, strapped in by your seatbelt and things tend to get a little claustrophobic. Unless you choose to abandon your car, you don't have anywhere to go until traffic clears up.

Coupled with all of these traumas is the fact that when you sit in traffic, your car is still running, and it continues to burn gas. On hot summer days, even if you're inside an air-conditioned car, you can almost feel the heat coming from all of the exhaust pipes surrounding you on the road. So as it turns out, as you sit there in traffic, you're not just stressing about being stuck in one place, but technically you're throwing money out the window, too. A car with its engine simply running, either sitting still or creeping along ever so slowly, is one of the least efficient ways to burn gas.

And, of course, it's not just bad for your wallet; it negatively affects the regional air quality by creating air pollution and contributing to global warming. Carbon emissions released by your engine as a result of the process of internal combustion -- the burning of fossil fuels to create power -- float up into the atmosphere, creating smog and increasing local temperatures. This is known as the heat island effect in large metropolitan areas.

With many drivers' minds on the environment and the increasing costs of oil production and consumption these days, people are looking for alternatives to the conventional gasoline engine. One way to combat the issue of frequently stopping, starting and standing still is a technology that can seamlessly switch your engine on and off depending on how your vehicle is operating. An idle-stop system, also commonly know as a start-stop system, is essentially what makes up today's increasingly popular so-called mild hybrids. 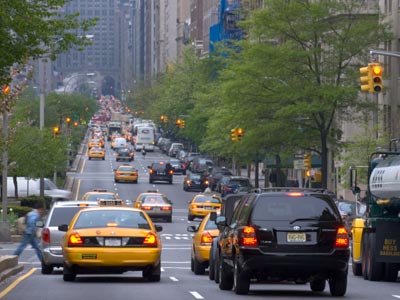 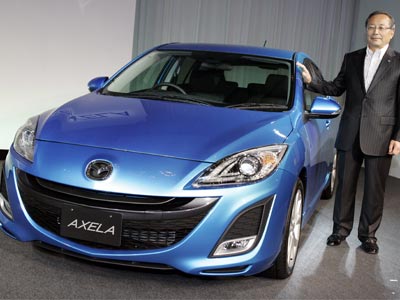 For lots more information about hybrid cars and fuel-efficient technology, follow the links on the next page.