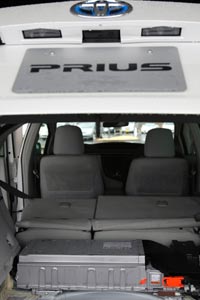 What does it take to recondition a hybrid battery, and how much does it cost in comparison with replacing the whole unit?
AP Photo/Shizuo Kambayashi

For most car owners, replacing a battery isn't really a big deal. It's not something that drivers have to do very often, but when they do, it's a simple task that won't put a dent in the wallet. Discount car batteries can cost as low as $30, while more expensive, premium brands can cost between $80 and $120. Although it's smart to properly maintain your battery, there are certainly bigger things to worry about in a car, like the transmission, which can cost upwards of $3,000 to replace.

For a hybrid car owner, on the other hand, the battery is an integral (and complex) part of the vehicle's operation, equally as important (and expensive) as the transmission. In fact, it's not just one battery but an entire pack of battery modules. The battery pack in most hybrid cars provides at least some of the power needed to propel the vehicle forward -- it gives its power to the electric motor at lower speeds. Without the battery pack, drivers wouldn't be able to get the kind of fuel efficiency and low emissions hybrid cars aim for in the first place.

But uncertainty has dogged hybrid vehicles for a while now, and claims that hybrid battery packs are unreliable are some of the most common concerns. Currently, nickel-metal hydride (NiMH) batteries are an expensive part of a hybrid car's makeup and cost about $3,000 to replace. But past rumors about faulty batteries in hybrid cars have turned out to be largely false. Most hybrid car manufacturers guarantee their batteries for the life of the car, which is typically between 80,000 to 100,000 miles (128,748 to 160,934 kilometers) or 10 years, sometimes even longer. That means if anything actually does happens to the battery within the warranty period, the company will replace the battery for no extra charge.

If a hybrid car experiences a battery failure outside of that guarantee, however, the owner is on his or her own when it comes to battery replacement. But that replacement may not be necessary in every case. Toyota has developed a way to extend the life of the Prius battery beyond the company's guarantee by reconditioning. So, what is battery pack reconditioning, anyway, and how much does it cost? Find out on the next page. 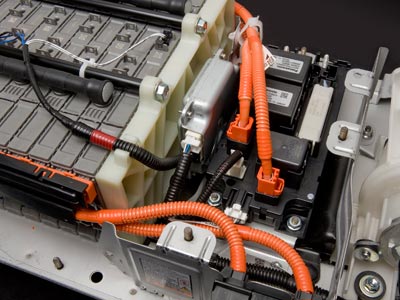 For lots more information about hybrid cars and other related topics, follow the links on the next page.