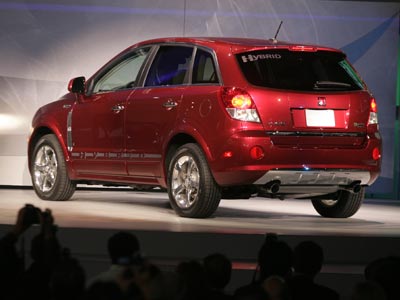 What's a mild hybrid, and how is it different from a "regular" hybrid?
AP Photo/Jerry Mendoza

Whenever a car company attaches the world "hybrid" onto a new car, it's easy to have a few expectations about what that car will be like and what it might offer. We can assume, for instance, that it'll be more fuel-efficient than a typical gas-powered car. And you can be pretty sure that the hybrid car in question will use some combination of an electric motor and a gasoline engine.

The popularity of hybrid cars, in part, comes from a lot of advertising and other writings about new hybrid car technology -- specifically, gas-electric hybrids. It's hard to shake this notion, especially because the majority of hybrids available commercially to the public are gas-electric hybrids. But what many people might not know is that there are several different types and classifications of hybrid vehicles, and there's no such thing as a "standard" hybrid. Technically, a hybrid vehicle is any form of transportation that uses two or more separate systems to propel the vehicle. They can either work together or separately to make the car go.

We can categorize hybrids by the nature of the power source. Of course, the most well-known type of hybrid is the gas-electric, since it offers a nice middle-ground between power (from the gas engine) and low emissions (from the electric motor). But there are also models that use different combinations of diesel, gasoline and electric power. Hybrids can also have a different drivetrain structure -- generally speaking, that's how the internal power systems work together. In the case of gas-electric hybrids, for instance, there are parallel hybrids, series hybrids or even combinations of the two.

We can also differentiate hybrids by the degree of hybridization, or how extensively the vehicle takes advantage of its systems. One type or degree of hybrid you may have heard about is called a "mild" hybrid. The name might sound a little odd -- especially since we typically expect big savings and a high mile-per-gallon average when we buy a hybrid car -- and a mild version implies less of that.

So, what exactly is a mild hybrid, anyway, and what does it have in common with the popular perception of hybrid cars? And what is it about the mild hybrid system that makes it not quite as hot-and-spicy as another hybrid? Find out on the next page. 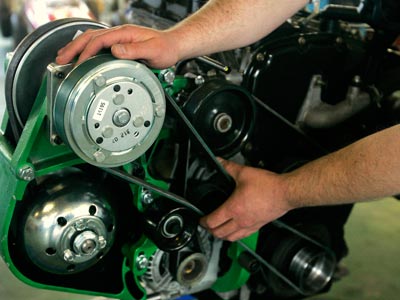 Electric motors in mild hybrids can't run the vehicle on their own, but they do help the gasoline-engine start and stop at the right times to save fuel.
AP Photo/Kirsty Wigglesworth

In reality, mild hybrids don't have much in common with commercial hybrid cars at all, at least not the kind we generally think of. In fact, mild hybrids are much closer to conventional cars with gasoline engines rather than the ubiquitous gas-electric hybrid cars we hear so much about.

To define a mild hybrid, it helps to know the different degrees of hybridization. The most common hybrid vehicle is the full hybrid, or strong hybrid. These vehicles usually use a 30- to 70-kilowatt electric motor alongside a gasoline engine. The electric motor in a full hybrid will most likely be in use entire time the car is running and will use a large battery for power. Common examples of full hybrids are the Toyota Prius and the Ford Escape.

So, the electric motor in a mild hybrid is acting as a power booster. The real benefit of the mild hybrid system is that it saves fuel by shutting off the gasoline engine when the vehicle is stopped, braking or cruising. Also, the electric motor helps the gas engine restart with improved efficiency -- that is, much more efficient than say, a driver using the ignition to switch the engine on and off. Depending on the system, some mild hybrids can also capture mechanical energy during braking.