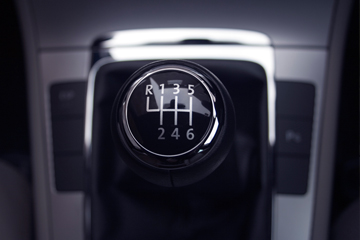 Car enthusiasts swear that driving a car with a manual transmission is more fun than an automatic. Manuals have also historically boasted better fuel economy, but is that still true today?
Paul Mckeown/Getty Images

It's one thing that almost every gearhead swears is true: Shifting a manual transmission is more exciting, more fun and more authentic than driving a car with an automatic transmission. After all, rowing through the gears yourself makes you feel like a race car driver. Sure, your left leg may start to ache from working the clutch while sitting in traffic, but when you hit the open road, car enthusiasts swear that a manual transmission is the more fun choice. Budget bean-counters are also often fans of manual transmissions — they tend to cost less than automatics, and many people think they get better fuel economy, too.

Here's why manual transmissions used to be the more fuel-efficient choice: When you come to a stop in a manual transmission-equipped car, you have to select the neutral gear, either by shifting or by depressing the clutch. If you don't, you'll stall (and everyone around will laugh at the moron who doesn't know how to drive a manual). By contrast, an automatic transmission stays in gear when you stop. While that's great for your left leg in stop-and-go traffic, it's bad for mileage at lower speeds.

There's also a relatively new type of transmission that's similar to an automatic in how you drive it, even though what's happening under the hood is different. To the driver, a continuously variable transmission (CVT) operates a lot like an automatic. You don't have to operate a clutch, and you simply put the car in drive to go. Unlike manuals and automatics, however, CVTs have infinite combinations of gear ratios. What that means is that a CVT can always send power to the wheels from the engine in the most fuel-efficient way possible.