Most people know that cars come with two basic transmission types: manuals, which require that the driver change gears by depressing a clutch pedal and using a stick shift, and automatics, which do all of the shifting work for drivers using clutches, a torque converter and sets of planetary gears. But there's also something in between that offers the best of both worlds -- the dual-clutch transmission, also called the semi-automatic transmission, the "clutchless" manual transmission and the automated manual transmission.

In the world of racecars, semi-automatic transmissions, such as the sequential manual gearbox (or SMG), have been a staple for years. But in the world of production vehicles, it's a relatively new technology -- one that is being defined by a very specific design known as the dual-clutch, or direct-shift, gearbox.

This article will explore how a dual-clutch transmission works, how it compares to other types of transmissions and why some predict that it is the transmission of the future.

A dual-clutch transmission offers the function of two manual gearboxes in one. To understand what this means, it's helpful to review how a conventional manual gearbox works. When a driver wants to change from one gear to another in a standard stick-shift car, he first presses down the clutch pedal. This operates a single clutch, which disconnects the engine from the gearbox and interrupts power flow to the transmission. Then the driver uses the stick shift to select a new gear, a process that involves moving a toothed collar from one gear wheel to another gear wheel of a different size. Devices called synchronizers match the gears before they are engaged to prevent grinding. Once the new gear is engaged, the driver releases the clutch pedal, which re-connects the engine to the gearbox and transmits power to the wheels.

So, in a conventional manual transmission, there is not a continuous flow of power from the engine to the wheels. Instead, power delivery changes from on to off to on during gearshift, causing a phenomenon known as "shift shock" or "torque interrupt." For an unskilled driver, this can result in passengers being thrown forward and back again as gears are changed.

A dual-clutch gearbox, by contrast, uses two clutches, but has no clutch pedal. Sophisticated electronics and hydraulics control the clutches, just as they do in a standard automatic transmission. In a DCT, however, the clutches operate independently. One clutch controls the odd gears (first, third, fifth and reverse), while the other controls the even gears (second, fourth and sixth). Using this arrangement, gears can be changed without interrupting the power flow from the engine to the transmission. Sequentially, it works like this:

Thanks to Jeff Beckman for his assistance with this article.

A two-part transmission shaft is at the heart of a DCT. Unlike a conventional manual gearbox, which houses all of its gears on a single input shaft, the DCT splits up odd and even gears on two input shafts. How is this possible? The outer shaft is hollowed out, making room for an inner shaft, which is nested inside. The outer hollow shaft feeds second and fourth gears, while the inner shaft feeds first, third and fifth.

The diagram below shows this arrangement for a typical five-speed DCT. Notice that one clutch controls second and fourth gears, while another, independent clutch controls first, third and fifth gears. That's the trick that allows lightning-fast gear changes and keeps power delivery constant. A standard manual transmission can't do this because it must use one clutch for all odd and even gears.

Because a dual-clutch transmission is similar to an automatic, you might think that it requires a torque converter, which is how an automatic transfers engine torque from the engine to the transmission. DCTs, however, don't require torque converters. Instead, DCTs currently on the market use wet multi-plate clutches. A "wet" clutch is one that bathes the clutch components in lubricating fluid to reduce friction and limit the production of heat. Several manufacturers are developing DCTs that use dry clutches, like those usually associated with manual transmissions, but all production vehicles equipped with DCTs today use the wet version. Many motorcycles have single multi-plate clutches.

Like torque converters, wet multi-plate clutches use hydraulic pressure to drive the gears. The fluid does its work inside the clutch piston, seen in the diagram above. When the clutch is engaged, hydraulic pressure inside the piston forces a set of coil springs part, which pushes a series of stacked clutch plates and friction discs against a fixed pressure plate. The friction discs have internal teeth that are sized and shaped to mesh with splines on the clutch drum. In turn, the drum is connected to the gearset that will receive the transfer force. Audi's dual-clutch transmission has both a small coil spring and a large diaphragm spring in its wet multi-plate clutches.

To disengage the clutch, fluid pressure inside the piston is reduced. This allows the piston springs to relax, which eases pressure on the clutch pack and pressure plate.

We'll look at the pros and cons of dual-clutch transmissions next. 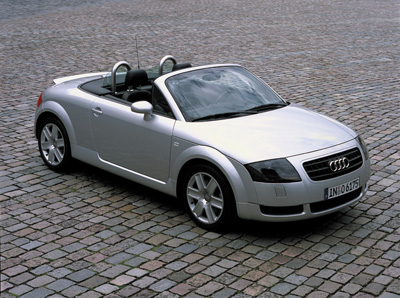 Dual-clutch Transmissions: Past, Present and Future

The man who invented the dual-clutch gearbox was a pioneer in automotive engineering. Adolphe Kégresse is best known for developing the half-track, a type of vehicle equipped with endless rubber treads allowing it to drive off-road over various forms of terrain. In 1939, Kégresse conceived the idea for a dual-clutch gearbox, which he hoped to use on the legendary Citroën "Traction" vehicle. Unfortunately, adverse business circumstances prevented further development. ­

Both Audi and Porsche picked up on the dual-clutch concept, although its use was limited at first to racecars. The 956 and 962C racecars included the Porsche Dual Klutch, or PDK. In 1986, a Porsche 962 won the Monza 1000 Kilometer World Sports Prototype Championship race -- the first win for a car equipped with the PDK semi-automatic paddle-shifted transmission. Audi also made history in 1985 when a Sport quattro S1 rally car equipped with dual-clutch transmission won the Pikes Peak hill climb, a race up the 4,300-meter-high mountain.

Commercialization of the dual-clutch transmission, however, has not been feasible until recently. Volkswagen has been a pioneer in dual-clutch transmissions, licensing BorgWarner's DualTronic technology. European automobiles equipped with DCTs include the Volkswagen Beetle, Golf, Touran, and Jetta as well as the Audi TT and A3; the Skoda Octavia; and the Seat Altea, Toledo and Leon.

For lots more information on dual-clutch transmissions and related topics, check out the links on the next page.