How the Biofuel Tax Credit Works 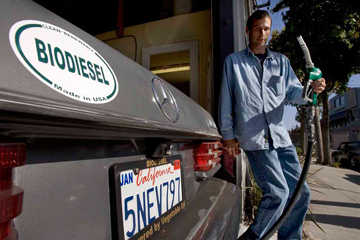 A diesel car owner fills up his tank with biodiesel fuel at the Biofuel Oasis station in Berkeley, Calif.
David Paul Morris/Getty Images

It's not exactly a secret that the fossil fuels most cars run on are eventually going to run out. It's also not a secret that they emit carbon greenhouse gases the way champagne emits bubbles. Put that all together and there's no escaping the inevitable conclusion: Fossil fuels have to go. But what are we going to replace them with?

There's no shortage of possibilities: Electric batteries. Hydrogen fuel cells. Compressed air. Liquid nitrogen. Unfortunately, most of these technologies aren't quite ready for primetime. Even battery electric vehicles, a few of which are currently available from prominent automakers, have their drawbacks, like limited driving range, long recharge times and a limited infrastructure of recharging stations. So for now we'll keep burning fossil fuels to make our automobiles go, right?

Well, maybe. But there's another alternative that's available right now that's barely being used: Biofuels. These are fuels made from vegetable matter that take advantage of their natural energy content, captured from the sun through photosynthesis, to produce a mixture that can be used, usually in conjunction with fossil fuels, to run internal combustion engines.

Although this alternative is available now, and there are vehicles that can (and do) take advantage of it, biofuel really isn't being used that much and only limited amounts of it are being created. The U.S. government is offering tax breaks to those who make, mix and sell these biofuels to consumers (but not to the consumers who use them, unless they use them as part of a business). After a brief look at the idea behind biofuels, we'll talk about how these tax credits actually work.

Fossil Fuels that Aren't Fossils Yet 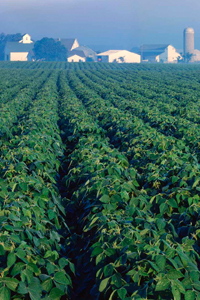 All fossil fuels are actually biofuels. Petroleum (as well as natural gas and coal) represent the fossilized remains of living organisms, mostly plants, that were trapped beneath the surface of the Earth millions of years ago and have been compressed by the weight of the overlying material into their burnable essence. Oil wells simply bring these fossilized plant remains back to the surface of the Earth where they can be processed into the gasoline that makes internal combustion engines run.

But why wait millions of years for our fuels? The old stuff is running out and produces lots of nasty pollution, particularly carbon emissions, while it burns. Biofuels created from crops also generate carbon emissions, but are generally considered less dangerous to the environment because the amount of carbon released is equal to the amount absorbed while they were grown, which makes them "carbon neutral" -- i.e., they don't introduce new carbon into the atmosphere. On the other hand, fossil fuels release carbon that would otherwise have remained safely buried under the ground.

Current generation biofuels are made primarily from food crops -- corn and soybeans are the favorites because there are well developed methods for turning them into fuel -- but this creates a problem. To produce enough fuel from corn and soybeans to run an entire country's internal combustion engines would require more growing space than is actually available in the country. And every food item that is converted to biofuel means that less is available for food, which drives up food prices. (Remember the law of supply and demand? It's in effect here too.) It isn't just corn and soybeans that are made more expensive, either. It's the price of meat from animals that are given these crops in their feed. Basically, prices go up all along the farming food chain when crops are diverted to biofuel.

Future biofuel production may be able to use inedible parts of crops or crops that are undesirable for food but that will grow in areas that won't normally support edible crops. But that's the future; we need new fuels now and so the U.S. government continues to support biofuels through tax breaks. On the next page, we'll see how those work.

One biofuel that can be used currently in many cars is ethanol, a form of alcohol that when mixed with gasoline is an effective fuel for internal combustion engines. Cars rated for E85, for instance, can use fuels that are 85 percent ethanol and 15 percent gasoline.

Anybody who's ever thumbed through the set of tax forms that the IRS sends them every year knows that the United States tax code is extremely complicated and requires a lot of paperwork. Furthermore, those forms that most people receive in the mail are only a fraction of the tax forms that the IRS actually publishes every year. That's because most forms are for special purposes -- like, say, giving tax credits to creators, mixers, sellers and even businesses that use biofuels.

While there is no single tax credit concisely titled "biofuel tax credit," over the years there have been a number of biofuel tax credits, many of which have not been available to the consumer. The main biofuel credit at the moment is found on IRS Form 6478, "The Cellulosic Biofuel Producer Tax Credit." That's quite a mouthful. The name refers to the production of fuel made from "any lignocellulosic or hemicellulosic matter that is available on a renewable or recurring basis" (in the words of the tax form itself). Translated into English, that means that if you manufacture fuel from certain forms of cellulose that come from sustainable crops, you can get as much as $1.01 per gallon back as a tax credit. And this can be passed on to the consumer. This credit had been scheduled to lapse at the end of 2012, but the Senate has approved an extension into 2013. You can see and even download a copy of Form 6478 at the IRS Web site.

Form 6478 is intended primarily for businesses that create, blend or sell biofuels. If you run a business that merely uses this fuel, you can take an easier route to get your credit. Download IRS Form 3800, "General Business Credit" and put in your biofuel expenses there instead.

This tax credit has plenty of critics. They complain that, among other things, there just isn't enough of this form of biofuel being produced to justify the credit, while the loss of this biomass to other uses simply drives up the cost of food. They point out that production of crops for biofuel can lead to deforestation and be destructive to the environment. And many feel that the government should be concentrating its incentives on other alternative fuels, ones that will ultimately be cleaner, more plentiful and have less effect on the food economy.

Given that most alternative fuels won't be viable for years to come (though battery electric is available now), biofuel would seem an ideal short term solution. But it comes with surprising problems of its own. Personally, I plan to keep driving my Prius for the time being -- but watch for breakthroughs in biofuel in the future. And, if you have a vehicle that runs on (say) E85 or biodiesel that you use as part of a business, look into that Cellulosic Biofuel Producer Tax Credit. Even if you can't say its name without twisting your tongue, your bank account may just thank you for it.