Do all hybrid cars qualify for tax credits? 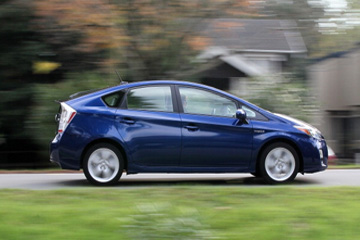 Most gas-electric hybrid cars qualified for federal income tax credits for a few years, but as 2010 ran down, so did the credits. Starting in 2011, only the hybrids that use plug-in electrical outlets to charge their batteries will get credits.

The Energy Policy Act of 2005 made tax credits available for lessees or buyers of new gas-electric hybrid vehicles for the first time. (Tax credits reduce the amount of tax owed, while deductions lower your taxable income.)

The tax credits for hybrid cars took effect in January 2006. The maximum credit for most hybrids was $3,400. The idea was to encourage people to buy energy-efficient hybrids even though they were more expensive than comparable gas-only vehicles. The credits phased out after a manufacturer sold 60,000 of a hybrid model. All credits end with purchases made by the end of 2010.

Toyota hybrids phased out in 2007, and Honda hybrid credits expired early in 2009. Ford reached phase-out early in 2010. As the Dec. 31, 2010, end for all credits neared, only a few hybrids still qualified for the credits. Partial credits were available for some hybrids sold by BMW, Cadillac, Chevrolet, GMC, Mercedes Benz and Nissan. A list is available on the Internal Revenue Service (IRS) Web site [source: IRS].

As 2010 comes to a close, the buzz on tax credits seems to revolve around plug-in hybrids and electric cars, with little chance that credits for gas-electric hybrids would be renewed. The Federal Recovery and Reinvestment Act of 2009 provided stimulus money designed to give plug-in and electric car buyers between $2,500 and $7,500 in federal income tax credits. The larger the battery, the higher the credit. Buyers can get a $2,000 credit for exchanging a hybrid for a plug-in. And many states and municipalities offer incentives such as tax credits, reduced license fees, free parking and rebates for plug-ins and electric cars.

Some analysts question whether credits for gas-electric hybrids are ending too soon [source: Berman]. Consumers don't consider these hybrids so experimental anymore, and the prices have come down as a result. Until plug-ins and electric cars become more familiar and affordable, analysts suggest that continued credits might encourage more people to buy gas-electric and help cut America's dependence on the imported oil that is used to make gasoline.