by Cherise Threewitt Nov 9, 2017
Almost a third of new 2017 cars didn't include spare tires. So what's a driver to do when they get a flat? kenneth-cheung/Getty Images

If you've been shopping for a new car recently, you may have noticed something missing from many newer models: a spare tire. How can that be? What's a driver to do when they get a flat if they don't have a spare?

But it's true: According to a new study from AAA, nearly one-third of new 2017 model year vehicles don't come equipped with a spare tire. And even though the number of cars without spares has decreased in the last few years (36 percent of new cars came sans spares in 2015) many drivers still don't seem to realize it's a problem — until they get a flat. Case in point: AAA says it received more than 450,000 calls from members in 2016 who had flats and were surprised to discover they didn't have spares.

Of course, automakers don't risk alienating customers without a few good reasons, but a stranded driver who gets caught off guard might not agree with them, no matter how good the car company thinks it is. So why exactly are automakers choosing not to include spare tires with new cars? There are several explanations:

If you've purchased a new BMW in the past few years, chances are it doesn't have a spare tire. That's because BMWs are typically equipped with run-flat tires, which feature a stiff sidewall or internal reinforcement. Other automakers use run-flats, too, but BMW has become known for leading the charge. Run-flats are designed to drive up to 50 miles (80.4 kilometers) after being punctured — below a top speed of 50 mph (80.47 kph) — until drivers can reach a safe location. They have to replaced once they're damaged, and they are more expensive and harder to find than regular tires.

It's hard to argue that supplying run-flat tires saves automaker moneys, but what about when they put traditional tires on those cars and still don't provide a spare? That could be nothing more than the automaker wanting to save a buck. Here's why: It costs about $100 to buy your own spare at a tire shop or at the dealership, and the proper jack and wrench will cost a bit more. Considering the automakers get these supplies at a lower cost, it's unlikely they're saving any more than $100 per vehicle.

Hyundai is often pinpointed as one of the automakers leading this trend, but it says it is a matter of weight savings, not cost savings. Hyundai includes a tire mobility kit instead of spares in many of its cars. Michele Tinson, a Hyundai representative, explained the car company's strategy via email.

"The main benefit of equipping a vehicle with a tire mending kit over a temporary spare tire is the nearly 25-pound weight savings; cost was never a significant decision factor for Hyundai," Tinson says. "Automotive engineers are constantly finding ways to improve a vehicle's efficiency, and weight reduction is a major factor in helping vehicles achieve better fuel economy."

In other words, reducing the car's total weight increases fuel economy. Tire Rack, which tests and sells tires, discovered that weight savings can improve a car's fuel consumption up to 1 percent. That, too, is tempting for the automaker, because fuel economy ratings play heavily into a vehicle model's marketing strategy, as well as the brand's overall fuel consumption averages.

The increasing popularity of hybrids and EVs is another factor for automakers to eliminate spare tires. There are specific challenges in designing cars that require battery packs in addition to a gas engine or electric motor. Generally, the battery ends up under the rear seat or in the trunk, which encroaches upon the vehicle's storage space.

"Our engineers made the decision to locate the hybrid/plug-in/electric battery systems in the spare tire well in order to maximize the passenger and cargo volume of our alternative powertrain vehicles," Tinson says.

The battery packs for most hybrid vehicles are located in the trunk, leaving little to no room for spare tires.
Firstsignal/Getty Images

This isn't a huge problem for larger cars, but most alternative fuel vehicles are small. A compact plug-in hybrid sedan or hatchback — with no cargo space — is a tough sell, and automakers need to compromise somehow. Bye-bye, spare.

For what it's worth, Hyundai said that, due to customer feedback, the company has recently reconsidered its strategy for non-hybrid/EV models. The Accent and Elantra, for example, used to come with tire mending kits but now come with spares.

Until more manufacturers follow suit, the onus is on car buyers to be prepared. If you're shopping for a car soon, find out which manufacturers are the worst culprits, and keep that in mind while you're at the dealership. And if you've bought a new car recently, take a peek in the trunk before you find yourself stranded.

Now That's Interesting
Tire inflator kits are becoming a popular alternative to spare tires. They don't take up much space and they're easy to use. But they don't work every time: The puncture in the tire has to be small — no larger than 4 mm — and in the tire's tread; if it's in the sidewall, you're out of luck.

How Cosmic Rays Revealed a Secret Void in the Great Pyramid

Why Spellcheck Is So Good and Grammar Check Is So Bad 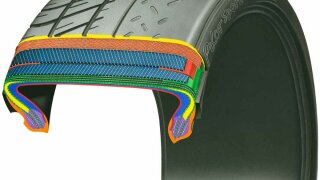 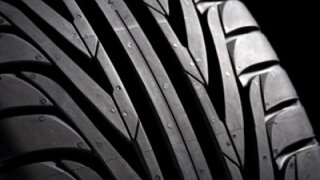 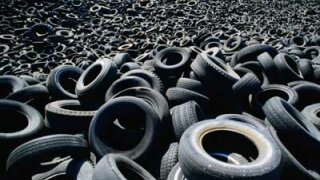 How Tires and Wheels Work