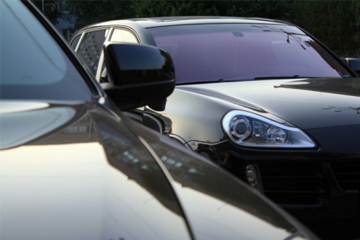 Crossovers initially rose to prominence because they so closely resembled SUVs, but were considerably less expensive. The earliest incarnations of the current crop of crossovers were driven primarily by styling, and some of these vehicles have been around for more than a decade.

Take, for example, the perky little Honda CR-V, which was a top-selling SUV before the term "crossover" was even coined. Honda has kept ahead of the trends and frequently refreshes the lineup's look, so even after all this time, the CR-V still lands in the top 5 of the Edmunds.com consumer survey. Subaru and Toyota also led the pack by designing approachable, comfortable car-like vehicles with aesthetic cues inspired by larger, heavier-duty competitors. The Toyota RAV-4 and Highlander are other examples of long-running compact SUVs that helped define the segment by offering sport utility features without the full size baggage.

Crossovers are so heavily marketed based on style that many car shoppers mentally separate crossovers from SUVs based on aesthetics rather than technical benchmarks. Because of the way crossovers are perceived, there are generally two ways to lure a potential buyer: sell the features as either an upgrade from a sedan or wagon, or as a socially acceptable move downscale from a full-size or luxury SUV. In either case, the segment's styling cues are an asset.

Some automakers are using the crossover market to experiment. The 2011 Mini Countryman is an example of the segment's changing dynamic. Larger than a regular Mini Cooper, but considerably smaller than some of its crossover competitors, the Countryman packs a lot of style into a tight package. It boasts characteristic Mini cheekiness, but a bit more rugged than usual, and features Mini's first all-wheel-drive option. Yet the Mini Cooper Countryman captures the driving experience of the sporty Mini Cooper. Another anomaly is the Suzuki SX-4, which is among the smallest cars in the class, and is easily mistaken for a compact hatchback even though it's loaded with sport utility features and attitude.

As long as automakers keep older models fresh and make newer models more exciting, crossover sales are expected to stay strong. But there's more to a car than its exterior. Keep reading to find out what lies inside a crossover.