Why is it so hard to understand the NASCAR penalty system? 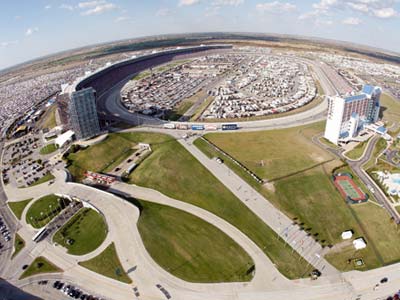 NASCAR speedways might be full of fans, but they're also swamped with inspectors who dish out penalties if cars don't conform to specifications.
Chris Graythen/­Getty Images

­NASCAR fans might end race day either in a celebratory mood or completely dejected, with those feelings having nothing to do with what happened out on the actual track. That's because in modern NASCAR, the emphasis is increasingly on safety and leveling the playing field -- not on allowing the mechanical creativity inherent in the sport's historic no-holds-barred competitions.

NASCAR, which stands for the National Association for Stock Car Racing, is the sanctioning body of one of the most popular sports in the United States. NASCAR sanctions three national series: the NASCAR Sprint Cup Series, the NASCAR Nationwide Series and the NASCAR Craftsman Truck Series, as well as numerous regional and international series and races.

­So what could cause fans to lose their cool even before a race begins? Have them pulling out their hair despite the fact that their favorite driver crossed the finish line first? A week later find them cursing when a team they thought did well has been stripped of its finish? In a word: penalties.

Back in the early days of NASCAR (which was incorporated in 1948), the rules were a bit under-evolved. Competitors made the most of every loophole and innovation they could dream up in order to get their cars across the finish line first -- and anything NASCAR hadn't thought to officially include in the rulebook was considered fair game by them. But over the years, NASCAR inspectors and officials have continuously beefed up the rules until less and less gray areas remain, and they've begun enforcing those rules with a vengeance.

­Stock car racing today is much more black and white when it comes to what's allowed and what's going to earn you a penalty, but it can still be confusing for fans to understand where the penalties come from. Even more confusing is why it seems like some drivers and crew chiefs get a slap on the wrist while others get the book thrown at them. On the next page, we'll learn about some of the reasons for this. ­ 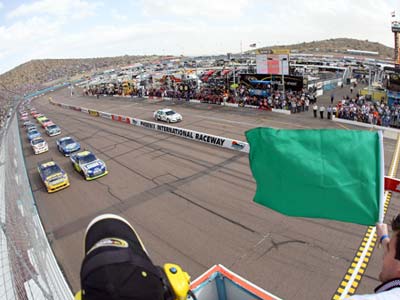 Stock cars -- like the ones shown here at the Phoenix International Speedway in November of 2008 -- are inspected with great care to make sure they conform to the NASCAR's strict standards.
Harry How/­Getty Images

Stock car design has evolved greatly over the years, and as the sport's sanctioning body, NASCAR has increasingly seen the need to boost regulations for a number of reasons. Safety is a big one; cost and a level playing field ­are some others. Along with the increase in rules, so too has there been an increase in the number and severity of penalties in an effort to get teams to pay attention and adhere to the ever-expanding rulebook. In the past few years, those efforts have been ramped up even more, especially with the unveiling of the highly standardized Car of Tomorrow. But first, let's look at when penalties are most likely to be issued.

During NASCAR Sprint Cup races, cars are inspected before and after every race. They're monitored entering and exiting the pit, as well as while they're onsite. In addition to all the examinations they endure on race day, one lucky car is selected for a trip out to the NASCAR Research and Development Center in Concord, N.C., for further intense inspection following each race.

­At any of these times, a car can be found in violation of the rules. The offenses range from intentionally shoring weight off the sheet steel that comprises the body of the car to improper, if unavoidable, shifting of components during hundreds of miles of racing, even by mere inches. Tampering with the fuel tank is illegal, and so is having an oversized carburetor. The list goes on, but the general rule of thumb is this: Don't mess with the cars.

The difficulty from a fan's perspective is the fact that while NASCAR inspectors and teams get an insider's look at the increasingly extensive rulebook, fans are kept in the dark with only brief glimpses when specific infractions have been committed and reported on. In some cases, the teams themselves even have trouble keeping up with the laundry list of intense specifications commanded by NASCAR. While in the past the name of the game was all about pushing the envelope, nowadays stiff penalties are making some teams rethink that strategy. And even then, despite their best efforts, many teams still receive penalties -- sometimes for little slipups and sometimes for infractions that previously just took a quick fix after orders from inspectors. Starting to sound confusing?

What can be even more puzzling than the reasons for the penalties is how the different punishments get dished out. Why are some drivers fined $150,000 and others much less? How come some crew chiefs are on the bench for six weeks while others are ordered to sit out for just two? The reason is that while the rules are the same for everybody, there's a certain flexibility when it comes to determining the severity of the punishments. Repeat offenders are often given much tougher punishments than first-timers, and more innocent-seeming mistakes aren't usually punished as severely as blatant ones.

NASCAR hands down these penalties, but many teams choose to appeal before the National Stock Car Racing Commission (NSCRC). The appeals process, also dictated in the rules but unavailable to the public firsthand, involves a hearing before members of the commission. While some lucky teams have their penalties amended or overturned, appealing a penalty involves a certain degree of risk -- teams have found their punishments increased by the commission. If they still aren't happy, teams can try their luck before the national commissioner for a final appeal, but his is the last word.

­With this quick look into the complicated world of NASCAR rules and penalties, it's easy to see why fans might have some trouble predicting when a deal breaker is in the works. For more information on stock cars and their tamer driveway relations, visit the links on the next page.