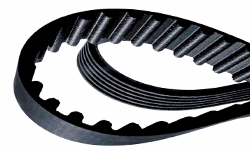 Look under the hood of most cars and you'll probably find one or more pulley-driven belts. Want to learn more? Check out these car engine pictures!
Charlie Fawell/Photographer's Choice/Getty Images

Under the hood of most cars you'll find one or more pulley-driven belts. Called engine belts (or, if there's only one of them, a serpentine belt), these belts take kinetic energy from the engine and use it to generate the electricity that runs the car's electrically powered accessories. These include the alternator, the air conditioner, the power steering and the water pump. If one of these belts should break, the car becomes very nearly undriveable.

It's possible, though, that there isn't a belt under the hood of your car, especially if you own a 2010-or-later Toyota Prius. The Prius uses electric motors to power the car's electrically powered systems and these motors operate quite independently of the engine. Chances are that there'll be more cars using such a beltless engine system in the future. In fact, beltless engines have quite a few advantages over the older kind.

What are these advantages? We'll look at five of them over the next few pages.

If you have a Prius, one of the reasons you bought it is probably the fuel economy. The EPA gives the 2012 Prius a 50 miles per gallon (21.3 kilometers per liter) combined rating for city and highway driving, making it one of the most fuel-efficient cars on the market. The hybrid powertrain is a major reason for this, but it's not the only reason. The aerodynamic design helps a lot too. And so does the beltless engine. By taking power-generation duties away from the internal combustion engine, reducing the energy inefficiencies that auto engineers refer to as parasitic losses, a beltless engine consumes less gas. And because a beltless engine loses less energy to friction than the older kind, it generates power more efficiently. 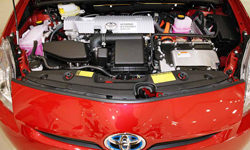 Anybody who's ever had an electric car sneak up behind them knows that electric motors run a lot more quietly than internal combustion engines (ICEs). But with a beltless engine, even the ICE in a hybrid vehicle like the Prius can run more quietly. That's because there's no more squealing or buzzing from the belt. If you'd prefer that your car run as silently as possible so that you can listen to the radio or just contemplate the scenery in peace, beltless engines are a major step toward genuinely silent running. Now if only the car would drive itself, you could sit back and read a book in peace. 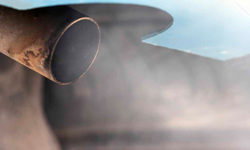 The other reason people buy Priuses (or is that Prii?) is that they're more environmentally friendly than the average car. This is largely because of their more efficient use of fuel. With less gas being burned, fewer noxious, polluting emissions are created. And the beltless engine (along with the hybrid drive train) is one of the reasons that less gas is burned. Beltless engines don't waste fuel on anything but making the car move. You can think of environmental friendliness as the flip side of fuel efficiency. A beltless engine provides both more miles per gallon and less damage to the world around you. That's definitely a win-win situation.

1: Run the AC without Starting the Engine

If you have a Prius you know that it comes with a button on the key fob that can turn on the air conditioner from across a parking lot, so that the interior of the car will be cool by the time you climb into the driver's seat. The reason that most cars don't have such a button is that they can't. You have to start the engine before the air compressor will work. It may seem like a small thing, but it's the beltless engine and the electric motors that control accessories that make it possible. You also get to keep your power steering and air conditioning if the engine fails, which is yet another benefit of beltless engines.

With a list of benefits like that, it's hard to believe that beltless engines won't catch on fairly quickly. After all, automobile designers are always looking for ways to make cars more fuel efficient and reliable. Who knows? In five years maybe all automobile engines will be beltless. 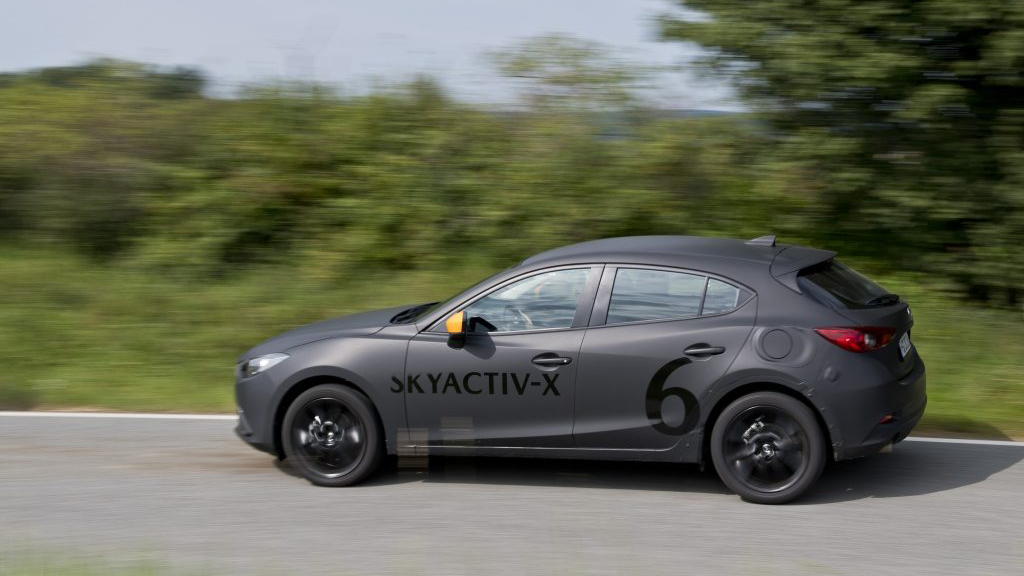 HowStuffWorks talks to Mazda about the world's first gas compression-ignition engine and how the car company finally made the breakthrough.