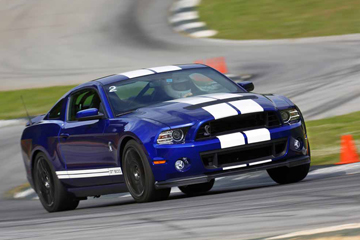 In the 21st century, muscle cars may seem like a thing of the past. The big engines, massive tires and Hulk-like bodies don't seem to fit into the overabundance of hybrids and handful of all-electrics on the road. Wait, who am I kidding? Of course they do! They're muscle cars for goodness' sake. They can do whatever they darn well please!

The 2013 Ford Mustang GT500 isn't the Mustang your friend's younger sister buys so she can look cool. At 662-horsepower, the GT500 is a pony car with serious power. But what if you're not completely satisfied with what the factory has to offer off the assembly line? Sure, the specs are impressive, but sometimes you just want something more. Sometimes you need a lot more. After all, the manufacturers do have bottom lines they need to think about, and spending tons of money on a few super-fast cars just doesn't make fiscal sense on a mass production scale.

Enter the 2013 Shelby Super Snake GT500. Think of it like a cobra on steroids ... with a pair of racing stripes down its back.

Why Other Street-legal Muscle Cars Are Weeping

Enough with the pleasantries. Let's get down to business. The factory GT500 is nothing to scoff at. Any car that has more than 600 horses in the engine compartment is doing something right. But the Super Snake takes all that power and adds a little bit of its own flavor. Shelby offers the following [source: Shelby American]:

But that's not all she wrote. Shelby also offers -- for the first time -- a wide-body package with 14-inch-wide rear tires. Just in case you missed it, that's 14 inches of rubber on the road -- per tire. You can get the full wide-body package or just opt for the rear-wheel version. The front and rear wide-body package will set you back $17,995, and the rear-only comes in at just $11,995 [source: Lingeman].

But that's not what you really wanted to know, is it? In addition to the Super Snake package and the optional wide-body package, Shelby is also offering a supercharged version that will boost those 662-horsepower engines up to 850-horsepower [source: Shelby American]. No joke. The street-legal 850-horsepower version comes with your choice of either a Whipple or Kenne Bell supercharger. And we thought the factory GT500 was amazing! 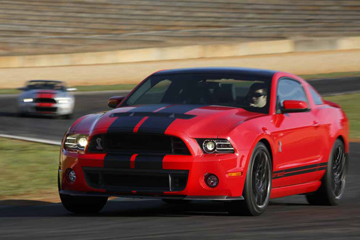