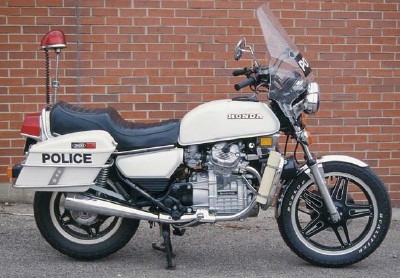 The 1980 Honda CX500 motorcycle broke many long-established molds when it debuted. It almost seemed as though Honda had intentionally set out to create the weirdest bike it could envision.

First, the powertrain: While V-twins were nothing unusual and Moto Guzzi had been mounting them "crosswise" in the frame with shaft drive for many years, the 1980 Honda CX500 motorcycle was decidedly different.

Not only was the 500-cc engine water cooled, it had four valves per cylinder operated by pushrods rather than more conventional overhead cams.

Furthermore, styling of the 1980 Honda CX500 motorcycle was questionable, at best. Upright forks and a short engine contributed to a stubby wheelbase on a bike that was itself rather tall.

The CX500 was one of the first recipients of Honda's new Comstar "mag" wheels, which measured 19 inches in front but only 16 in back, and the look took awhile to get used to.

But all of that paled next to the sheetmetal of the 1980 Honda CX500 motorcycle. The fuel tank tapered toward the front, and a huge half-moon taillight jutted out from a short fairing behind the radically stepped seat.

The end result was an odd mix of standard, sport, and cruiser features.

Strangely enough, the 1980 Honda CX500 motorcycle met with a fair degree of success. It proved to be reliable and economical, and despite rather high prices for a 500, was one of the least-expensive shaft-drive bikes around.

The rather awkward-looking initial versions proved popular with police departments and commuters, while later Custom variants were easier on the eyes, and a touring-oriented Silver Wing (sort of a baby Gold Wing) made for a nice lightweight road bike.

And though performance was never a Honda CX500 motorcycle selling point, that was about to change.

Go to the next page to see more pictures of the 1980 Honda CX500 motorcycle. 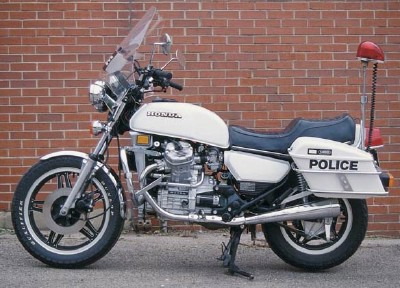 The 1980 Honda CX500 was different looking than its predecessors, but it proved to be both economical and reliable.

The CX500's engine was unusual, too. The crosswise, water-cooled V-twin had four valves per cylinder, but used pushrods instead of overhead cams.
Honda addressed some of the initial styling concerns with a Custom-model version of the CX500.