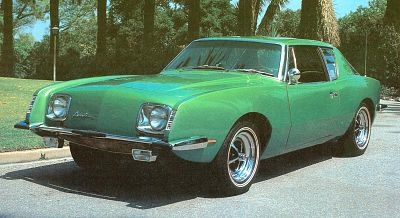 Avanti IIs could be custom-built to a buyer's specifications, the factory offering practically any color and material combinations one might desire. See more classic car pictures.
©2007 Publications International, Ltd.

What makes the 1965-1969 Avanti II so unique? Not many cars get a second chance at life after the original manufacturer expires.

When Studebaker left its long-time home at South Bend, Indiana, early in 1964, to make a final stab at success up in Ontario, the futurethink Avanti seemed doomed after a mere two-year existence.

After the Canadian venture fizzled in 1966, the Avanti should by all logic have been dead, if not forgotten. Even the greatest cars, after all, cannot survive unless someone chooses to build them.

Leo Newman and Nathan (Nate) Altman, long-time partners in a South Bend Studebaker-Packard dealership, had a great notion -- and wound up saving the dramatically different coupe from extinction.

Not only did the two buy the rights to the Avanti name and its manufacture, they purchased a portion of an abandoned Studebaker factory, forming a brand-new Avanti Motor Corporation.

Late in 1965, production began at the revitalized plant on Lafayette Avenue, with a goal of building 300 Avanti IIs yearly. That goal never was reached, but the Avanti stayed alive through the 1960s and 1970s, and even beyond the 1980s.

Such success is all the more surprising when you consider that the original Avanti wasn't exactly a sizzling seller. Attention it drew, enhancing Studebaker's image; but as other manufacturers also have learned, sales don't necessarily follow achievements on the race course or record-setting 170-mph jaunts.

Had the original Avanti been made of steel instead of fiberglass, its resurrection might have been impossible. Using body panels supplied by the Molded Fiber Glass Body Company and a mini assembly line, the revived Avantis could be built for a reasonable cost.

Spread along that line were a host of former Studebaker employees, willing to work for modest wages in exchange for an opportunity to turn out custom-built sport-luxury touring cars.

Not only did Avanti compile an option list that would be the envy of rival automakers, but a customer could dicker for just about anything his or her heart desired.

Colors? The rainbow was the limit. Fabrics? Just about anything that could be sewn into seats might be ordered -- with stitchwork performed by a former Studebaker craftsman.

Power-shift automatic allowed manual runs through first and second gears, but plenty of buyers opted instead for a fully synchronized Borg-Warner four-speed, often accompanied by a Hurst shifter. 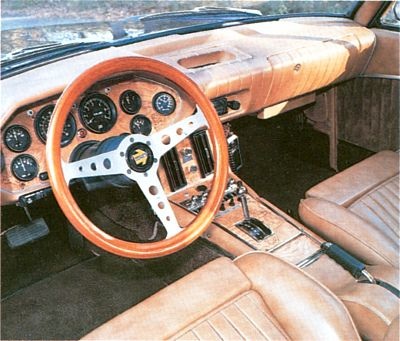 Avanti's "any color you want so long as it's available" philosophy resulted in numerous examples being virtually one-of-a-kind automobiles.
©2007 Publications International, Ltd.

The 1965-1969 Avant IIs were custom built touring cars with luxury spoils and sporty acceleration. Only true connoisseurs can tell the difference between Avanti IIs and the original Avanti by Studebaker.