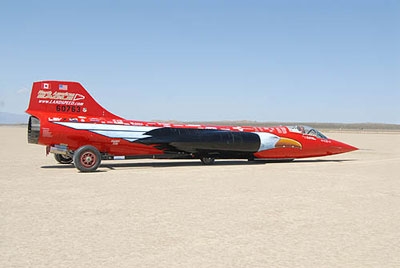 Most people are perfectly happy cruising their cars down the interstate at a respectable 65 mph. Others crave more speed and achieve it by adding bigger engines, superchargers and other automotive muscle. And still others — those rare thrill-seekers known as speed freaks want one thing and one thing only: the fastest car on the planet and designation as the "World Speed King." Since 1997, that designation has belonged to the British Thrust SSC, which became the first car ever to break the sound barrier when driver Andy Green coaxed the jet-powered vehicle to a speed of 763 mph.