By: Chuck Giametta
President Bush and Detroit's automakers say that using E85 ethanol fuel puts America on the road to energy independence. If you agree -- and want to show your support with your checkbook -- you're in luck. 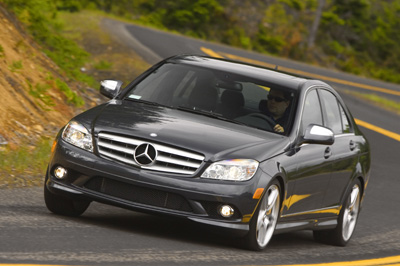 ­The number of models that can run on the E85 ethanol is at an all time high. Choices include cars, minivans, SUVs, and pickup trucks. General Motors leads the industry in E85 ethanol-capable vehicles, with more than a dozen models for 2007. Chrysler, Dodge, Jeep and Ford also field a selection, with Mercedes-Benz and Nissan represented as well. In all, 27 different 2007 models are E85 ethanol-capable. That's up from 20 for the 2006 model year, and more than triple the number available in 2000. Regardless of make, model, or engine all these vehicles can run on conventional gasoline or the E85-ethanol blend with no modification and no difference in performance.

It's this flexibility that gives them the nickname, flex-fuel vehicles. No manufacturer charges extra for E85-ethanol capability versus a model's gasoline-only counterpart. And E85 ethanol fuel costs about the same per gallon as conventional 87-octane gasoline.That's not to say that climbing aboard the E85 bandwagon is without some sacrifice. As we'll see in subsequent sections of this report, the benefits of using E85 ethanol are balanced by reduced fuel economy, scarcity of E85 ethanol fueling stations, and a flex-fuel vehicle fleet made up mostly of full-size trucks and SUVs.E85 is shorthand for a blend of combustible motor-vehicle fuel that's 85 percent ethanol and 15 percent conventional unleaded gasoline. Ethanol is derived from plant material, corn mostly. Because its raw materials come mostly from U.S. farms and are distilled in U.S. refineries, ethanol is touted as a renewable energy source that has the potential to reduce America's dependence on foreign oil.

E85 ethanol produces fewer harmful exhaust emissions than conventional gasoline. Proponents add that utilizing this renewable energy source helps stretch the earth's finite supply of fossil fuels. They also position E85 ethanol as a support for American jobs and agriculture. They also argue that the home-grown fuel helps the nation's trade balance and reduces tax dollars and military resources needed to secure our supply of foreign oil.American automakers, stung by criticism that they lag their Japanese rivals in production of gas/electric hybrid vehicles, have embraced E85 ethanol under the umbrella of energy conservation and independence. Already having built several million E85 ethanol flex-fuel vehicles over the last decade, GM, Ford, and the Chrysler/Dodge/Jeep group say they plan to put a combined total of 2 million more on the road each year, starting in 2007. Their top executives have lobbied for increased government support of ethanol production. And the companies fund campaigns to promote the use of E85 ethanol and the installation of more E85 ethanol pumps at gas stations. But not everyone is so enthusiastic about E85. Critics deride the millions of dollars in tax subsidies provided ethanol producers, labeling them government handouts that go primarily to giant agricultural interests and big-corporation refineries. Detractors doubt the environmental benefits, noting that lots of nonrenewable diesel and gas is consumed to grow, transport, and process corn that becomes ethanol. Some maintain it requires more energy to produce ethanol than ethanol itself provides. Even the U.S. Environmental Protection Agency acknowledges that putting more E85 ethanol flex-fuel vehicles on the road could raise levels of some types of harmful air pollution. That's just a sampling of a growing debate over E85 ethanol and flex-fuel vehicles. For anyone considering the purchase of an E85 ethanol flex-fuel vehicle, still other questions may hit closer to home. Here are the topics we cover in this article:

The Pros of Buying an E85 Ethanol Vehicle

E85 ethanol flex-fuel vehicles have been available for years, but choices are broader than ever for 2007, with 27 different models for sale in the U.S. That's up from 20 for the 2006 model year, and just seven in 2000. GM offers 15 E85 ethanol flex-fuel models totaling about 400,000 vehicles. It offered nine models in 2006. Ford expects to sell 250,000 E85 ethanol flex fuel models this year. Clearly, E85 vehicles are growing in popularity and you might be asking yourself, "What's in it for me?"

E85 Vehicles Are Eco-FriendlyIf your concerns run to America's energy independence and the environment, an E85 ethanol flex-fuel vehicle is one way to express it. Every mile you drive on E85 ethanol fuel is a mile you're not driving on conventional gasoline, and that prolongs the plant's stores of petroleum. Vehicles fueled with E85 ethanol have lower carbon monoxide and carbon dioxide emissions than conventional gasoline or diesel vehicles, according to the U.S. Department of Energy. In addition, ethanol is water soluble, non toxic, and biodegradable. E85 ethanol also contains far fewer potential contaminants than found in gasoline.

While these advantages are considerable, there are some drawbacks to E85 vehicles that you should keep in mind. We'll look at some of the negatives in the next section.

The Cons of Buying an E85 Ethanol Vehicle

Added expense and reduced convenience are the primary drawbacks of driving a flex-fuel vehicle on E85 ethanol, and you also may feel limited in the variety of vehicle types available to you. Here are some of the negatives you need to consider if you're thinking of buying an E85 ethanol vehicle:

In the expense category, E85 ethanol users need to buy more fuel and fill up more often than they would using 100 percent gasoline. That's because E85 ethanol fuel contains less combustible energy as gasoline per unit of volume.

Not only will you consume more fuel using E85 ethanol, you may pay more per gallon. Rising demand, limited supply, and extra costs associated with the transportation of E85 all play a role in its pump price. The EPA in November listed the average price for a gallon of E85 ethanol nationally at $2.41, compared to $2.23 per gallon for regular-grade gasoline. However, some Midwest service stations were pricing E85 ethanol as much as 30 cents per gallon below regular-grade gas.

To help defray fuel costs, GM, as part of its "Live Green, Go Yellow" E85 ethanol campaign, gives buyers of its flex-fuel vehicles a $1000 debit card toward the purchase of E85 ethanol fuel. (As of November 2006, the offer was good only to buyers in the Chicago and Minneapolis areas.)

Convenience is an issue, too. It may be difficult to find a gas station that carries E85. Fewer than 1000 of the nation's 180,000 gas stations have E85 pumps, and most of those stations are in Midwest corn belt states. As of November 2006, Minnesota had the most E85 fuel sites, 300. Illinois had 132, Missouri 63, Iowa 56, and South Dakota 50. Most states had fewer than a dozen. Alaska, Delaware, Hawaii, Maine, New Hampshire, New Jersey, Rhode Island, and Vermont had none.

A list of stations that carry E85 ethanol can be found at E85refueling.com. And if you drive a GM flex-fuel vehicle equipped with the OnStar assistance system, the OnStar advisor can direct you to the nearest E85 refueling station.

Choice is a hallmark of today's automotive landscape, but that's not necessarily so for E85 ethanol vehicle shoppers. The list of flex-fuel vehicles includes such popular models as the Impala and Chevy Tahoe, Ford F-150 pickup, and Jeep Grand Cherokee. But it does not include two vehicle classes gaining favor with fuel economy-conscious buyers: subcompact and compact cars.

The automakers have decided, for now, to concentrate their E85 ethanol flex-fuel programs on larger vehicles, which are less fuel-efficient to begin with than small ones. Their strategy holds that the E85 ethanol campaign is designed to reduce America's consumption of gasoline, so the greatest good comes from using E85 ethanol in the vehicles that burn the most gasoline.

"It's all about reducing the amount of petroleum that vehicles use," said Dave Barthmus, GM's spokesman for environmental and energy matters. He said GM's calculations show that over 15,000 miles, "a small [gas/electric] hybrid car" will consume 120 more gallons of gas than an E85 ethanol flex-fuel Tahoe full-size SUV with a V8 engine.

Barthmus said GM acknowledges some of the disadvantages of flex-fuel vehicles, such as less range per tank of fuel than on 100 percent gasoline. "We're trying to be as up front about that as possible," he said. However, he added, GM is optimistic that increased production of ethanol would lower E85 pump prices, and that more refueling stations would come on line to address the issue of convenience. Still, he acknowledged, using E85 ethanol fuel may be "more [an expression of] altruism than economic sense."

For some people, altruism may be incentive enough. Whatever your motivation, the next page has a comprehensive look at your 2007 E85 ethanol flex-fuel vehicle choices.

Here is a comprehensive look at your 2007 E85 ethanol flex-fuel vehicle choices:


Now that you know the benefits and drawbacks E85 Ethanol vehicle you can make an informed decision that meets your driving needs.