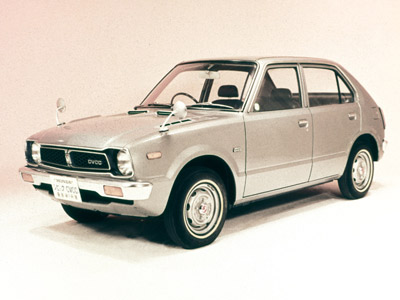 California was the first state to start regulating vehicle emissions back in the 1960s. Since then, the Air Resources Board has created a number of mandates that have shaped the car industry in surprising ways.

One example of this came in the form of the federal Clean Air Act of 1970. This meant that cars had to get clean -- fast. The federal law mandated that cars made in and after 1975 should emit one-tenth the level of carbon monoxide and hydrocarbons as existing cars. The first car company to build an engine that met these strict standards without using a catalytic converter was Honda, who at the time was a small, up-and-coming manufacturer, mainly known for its motorcycles.

The engine they built was called the CVCC, for Compound Vortex Controlled Combustion. It used two combustion chambers to burn a leaner mix of air and fuel, therefore reducing emissions. It was introduced in Japan on the 1973 Honda Civic, but the car came to the U.S. just two years later and was acclaimed for its low emissions and high gas mileage on both leaded and unleaded fuel.

In another example, when the board tightened nitrogen oxide emissions in the 1980s, it effectively caused the demise of the carburetor in favor of fuel injection, a much cleaner method of fuel delivery. The first catalytic converters, onboard computers, check engine lights and several other clean vehicle technologies were developed in response to, or to accommodate, California standards. "The track record is that automakers always comply, and do it in a way that costs a lot less money than they thought," Cackette said.

Some of the board's monumental decisions include:

"You wouldn't see hybrid-electric vehicles if it weren't for the ARB," board spokeswoman Gennet Paauwe said of the effect the board has on car companies. "They come up with amazing technology to meet these [requirements]."

Paauwe said that because 11 percent of new vehicle sales are in California, it's cheaper for carmakers to meet the state's standards than it is to make two engines -- one for California and one for everyone else. She added that Japanese automakers tend to be quickest to comply with Califiornia's emission and fuel economy standards. "A few step up to the plate early on and adopt the emissions required," she said. "Others drag their feet and use litigation to try and change the standards."

On the next page, we'll look at how California's air board impacts other states -- and how you may already be living in a "California emissions" state.