How can algae be converted into biofuel? 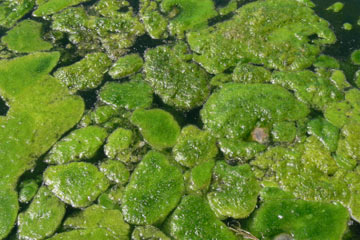 Using algae as a biofuel isn't quite as simple as skimming the green stuff from the surface of a pond and pumping it into our gas tanks.
©iStockphoto.com/Jose Tejo

Believe it or not, one day algae may provide at least one part of the answer to our dependence on fossil fuels. But using algae as a biofuel isn't quite as simple as skimming the green stuff from the surface of a pond and pumping it into our gas tanks. Scientists have to use various mechanical and chemical methods (or combinations of the two) to extract oil from algae and convert it to fuel that is actually viable. The good news is research on the green stuff has the weight of the United States government behind it. In mid-2010, the U.S. Department of Energy pledged to invest up to $24 million in three research groups looking at ways to commercialize algae-based biofuels [source: U.S. Department of Energy].

One thing that scientists aren't questioning is how to extract the oil from algae. One common form of mechanical extraction is expression, in which the oil is literally pressed out of the algae (think of how olives are pressed to extract olive oil). There are several types of presses, including screw, expeller and piston configurations, and the type of press that is used depends on the algae strain, since each strain has different physical properties. Once the oil is removed from algae through expression, a chemical method can be used to further continue the extraction process. Using the expression method only, researchers have been able to extract up to 80 percent of the algae's oil [source: Virtuoso Biofuels].

A second type of mechanical extraction is the ultrasonic method, which is a faster process than pressing. This method uses ultrasonic waves to create bubbles in a solvent (a liquid used to dissolve another substance). When the bubbles break open near the cell walls of the algae, they cause the cell walls to break down and release the oil into the solvent.

While mechanical methods have proven successful, they aren't the only techniques being utilized by scientists; chemical solvents are also commonly used to extract oil from algae. These solvents are effective, but can often be dangerous to work with. Benzene, for example, is an inexpensive solvent, but it is classified as carcinogenic, and other chemical solvents may also pose danger of explosion [source: Oilgae].

Hexane is another chemical solvent that can be used on its own, or in combination with the pressing method, to separate the oil from the algae. When used together, the pressing and hexane methods can extract nearly 95 percent of algae's oil content [source: Oilgae]. But hexane doesn't stop there: It can also be mixed with the pulp that remains after expression to extract additional oil. Other chemical methods include soxhlet extraction, in which an organic solvent is used to remove the oil from the algae through repeated washing, and supercritical fluid extraction, in which liquid carbon dioxide is heated and used as a solvent for extracting the oil.

The oil extracted through these methods is referred to as "green crude" and it's not ready to be used as fuel until it undergoes another process called transesterification. This step adds more substances to the mix, including alcohol and a chemical catalyst that causes the alcohol to react with the oil. This reaction creates a mix of biodiesel and glycerol. The final step in processing separates the glycerol from the mixture and leaves a biodiesel that's ready to be used as fuel. Maybe one day it really will be easy being green.