Does a dual exhaust system improve your car's performance? 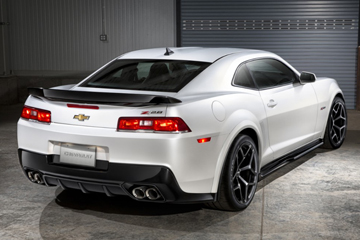 Except it's not! Dual exhaust systems will indeed increase your car's performance. The final stroke in an engine's combustion cycle is the exhaust stroke. The engine has to push out all the used-up air and leftover fuel bits before taking in new air and fuel to be ignited. "If you have more air moving and more horsepower," said Paul Eklund, driver and team owner for Primitive Racing, "it needs more exhaust." Adding an additional exhaust system, especially in V-6 and V-8 engines where you can have one system per bank of cylinders, gets more of the used-up stuff out the back-end faster. The faster and more efficiently the cylinders are cleared, the faster the cycle can start all over again, and the faster the engine can propel your totally boss car down the drag strip. (Because you're a safe and responsible driver and you would never floor it on a city street, no matter how empty that street is or how boss your car may be.)

Adding a dual exhaust system to a smaller engine, like an inline four-cylinder for instance, won't make much of a difference, Eklund said. That is, unless it had something like 400 turbocharged-horsepower already. Then getting the exhaust out as quickly as possible would make a difference -- a big difference.

Of course, this all only works if it's a true dual exhaust system. Running a single pipe from the engine to the muffler, then splitting the pipe behind the rear bumper doesn't accomplish a dang thing. Then your car only looks totally boss and is not, in truth, boss at all.

I had an inkling that dual exhaust systems did some good, given that I know how engines work in a basic way. It seemed like clearing out the exhaust as fast as possible would give you a bit of an edge. But often when I research questions like this, I turn out to be dead wrong. But not this time! For once, I knew what I was talking about. True dual exhaust works, and fake systems are no better than good luck charms. They might even be more useless. Pardon me while I go perform my "I was right for once" dance.