Can I own a plug-in hybrid if my home is old? 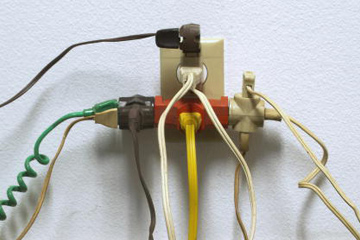 Can an old house handle the charging process of a plug-in hybrid car?
Tom Kelley/Getty Images

Old homes often appeal to ecologically minded buyers. There's no energy required in tearing down an old home and no new resources required in building a new home. And the new owners can upgrade the house using eco-friendly materials and energy-saving appliances over the years. But what if the energy-saving appliance is a plug-in hybrid car? Can an old house handle the charging process?

The simple answer, according to Rick Durst of Portland General Electric, is yes. He himself is the owner of a house built in 1901 and an all-electric car that he charges at home. And he should know how well it works -- he's the Transportation and Electrification Project Manager for the Oregon utility.

Homeowners need to work with a licensed electrician to make sure the electrical panel in their house has an appropriate rating for the load, Durst says. While purely electric vehicles may have special charging units, plug-in hybrids often use a regular household outlet. "Old homes sometimes have two-prong outlets," Durst says, "and they need to be updated to properly grounded three-prong outlets."

If the car is going to be charged in the garage, which will often be the case, it needs to have a dedicated circuit. If a big freezer and the garage door are on the same circuit as the charging car, the load is likely to trip the breaker.

Likewise, if you're going to be adding a significant load to your neighborhood's grid, let the electric company know. While the homeowner and the electrician you hire are responsible for the wiring inside the house, the utility company needs to make sure the wires between the transformer and the house can handle the load. The first plug-in hybrid to sneak onto the grid likely won't hurt anything, but somewhere down the line, "the last person to add a load could break the camel's back," Durst says.