How will plug-in hybrids affect the environment? 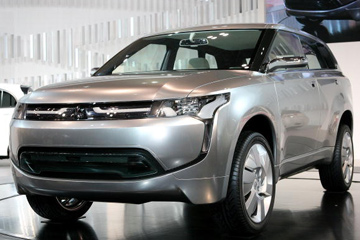 Electric cars are picking up speed -- from compacts to sports and luxury options, they're touted as the next key to saving the environment. But electric vehicles have a couple of drawbacks, and the biggest is that they're still kind of a tough sell. Experts anticipate difficulty convincing the majority of Americans that cleaner air is worth the perceived inconveniences of charging and range limitations.

Then, automakers brought forth the plug-in hybrid -- an electric vehicle paired with a conventional fuel engine. Assuming the reserved fuel is occasionally burned, plug-in hybrids aren't as clean, but if they manage to change perceptions, the trade-off might be worthwhile. There are a few factors to consider when evaluating how plug-in hybrid cars will impact the environment.

First, it's worth noting that electric vehicles cost less to operate per mile. Early adopters to EVs (full electrics and hybrids) are attracted to the environmental benefits but studies show that most drivers perceive the financial aspect to be the primary benefit. A J.D. Power survey of 4,000 respondents indicated that, while new car buyers might be drawn to hybrids (including plug-ins), the low cost-per-mile is the main draw; the environmental benefit is secondary. It remains unseen whether plug-in hybrids will change perceptions or increase awareness enough to inspire consumers to adopt other environmentally friendly lifestyle changes. Companies that install chargers for employee use will most likely get some good public relations mileage from the investment, though. And for plug-in hybrids to have the desired effect -- greater convenience with a lower environmental impact -- people have to be comfortable with the system, so companies and cities that are collaborating on the charging infrastructure are focusing on accessibility.

Dollar savings are nice, but they aren't the focus. The Environmental Protection Agency (EPA) is working to stabilize carbon monoxide emissions by 2050. An EPA study found that if 30 percent of the cars on the road between the years 2025 and 2050 are plug-in hybrids, carbon dioxide emissions from the entire transportation sector (including trucks, airplanes and trains) will be reduced enough to meet 25 percent of the EPA's goal. In simpler terms, plug-in hybrids are clean enough to alter the statistics for everything that moves people and cargo. Also, greatly reduced consumption of conventional fuel will help lessen the negative environmental impact of petroleum drilling and processing, as well as the United States' dependency on foreign oil.

The actual specs of each plug-in hybrid model tell another part of the story. The EPA has updated its fuel efficiency window sticker to help consumers compare EVs and plug-in hybrids. EVs now display a mile-per-gallon equivalent, to compare to gas vehicles, and kilowatt-hours per 100 miles (160.9 kilometers), to compare operation costs to other EVs. The new EPA sticker makes it easier to compare statistics among cars, because it shows ratings for the most efficient vehicle available in the class. As new car shoppers are browsing, the mere presence of plug-in hybrids on a dealer's lot has potential to raise awareness.

Plug-in hybrids don't have any tailpipe emissions when running on electric, but of course, plug-in hybrids have to be recharged, and electricity can be generated by a lot of different sources. A plug-in running on power collected from a hydroelectric plant has a smaller footprint as one juiced up by power generated from a coal plant. The EPA's new greenhouse gas and smog ratings don't (and can't) account for the generation of the car's electricity, since there are so many variables -- there isn't any way to identify or control the source of power from the grid or other factors involved in getting fuel in the vehicle, such as emissions generated during the fuel's transportation. However, the U.S. Department of Energy does have a calculator available to help estimate emissions based, in part, on the user's location. And the EPA says that even coal is preferable compared to the impact from a conventional gasoline vehicle.