Can I own a plug-in hybrid if I live in an apartment? 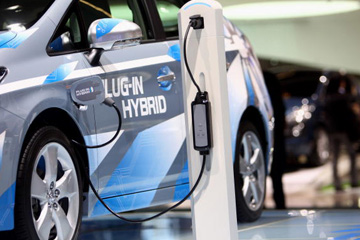 A plug-in hybrid seems like an ideal car for city dwellers -- you can go short distances on electric power alone. If you live and work in the same city, that means you could commute and run errands without using a drop of gas or releasing any polluting emissions from your tailpipe. But, most urban dwellers tend to live in apartments, and plug-in hybrids, well, need to be plugged in to charge. Unless your building doesn't mind you driving up to your apartment every night to plug in, living in an apartment can be a significant roadblock to owning a plug-in hybrid.

While you can charge a plug-in hybrid from any 120-volt outlet, most manufacturers recommend that you don't use extension cords. So, unless you can park your plug-in hybrid next to an outlet, it looks like you're out of luck.