Autobahn's Rules of the Road 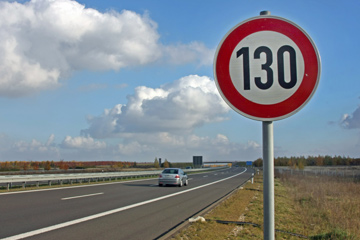 Similar to the United States, Germany's autobahn is regulated and laws are enforced by a specialty branch of the federal police, the Autobahnpolizei. The German autobahn police rely heavily on advanced technology, including video surveillance, to crack down on nuisance violations like tailgating as well as other, more serious offenses.

Some of the more interesting laws are listed below:

On Feb. 1, 2009, the transport ministry revised its fine schedule with the dual goal of raising more revenue for road construction and maintenance, as well as reducing accidents and fatalities on the roads. The following are some of the more notable increases: