Just about every boy who was ever in the Cub Scouts probably made a Pinewood Derby racer at one point or another. A tradition in scouting since the 1950s, the project involves making a racecar out of a small, rectangular piece of wood. The wood is sawed and fashioned into an aerodynamic shape, painted and decorated, given wheels, axles and small weights and then raced downhill.

Pinewood Derby racers don't have engines, but instead use gravity to pull them down a small track on which several cars compete against one another. The idea behind the derby is to design the most aerodynamic and properly weighted car possible.

But probably more than a few Cub Scouts over the decades have wondered what the event would be like if the small cars had engines of their own. How fast could they go? What would that competition be like?

Fortunately, there is a type of racing out there that could be described as the "Pinewood Derby on steroids" -- CO2 racers, which are also small, wooden racecars where a propulsion system has been added. In this type of racing, the participant builds a small carbon dioxide cartridge into the car, which propels it down a flat, level track. They're fast, too -- on a 65.5-foot (20-meter) track, the cars can cross the finish line in just over a second, traveling at nearly 70 miles per hour (112.7 kilometers per hour)! But even with something to create motion, aerodynamics and weight still make a huge difference [source: Science of Speed].

Building a CO2 dragster can be a great project at schools because it teaches students about aerodynamics, as well as things like friction, inertia and mass. It can also be done as a competitive event or hobby.

In this article, we will discuss the ins and outs of CO2 dragster racing, and learn how to build the ideal racer.

Like Pinewood Derby cars, the basic components for CO2 dragsters come in affordable kits that can be purchased at hobby shops or online. They typically include a wedge-shaped block of wood, a set of plastic wheels, axles to attach the wheels and a small CO2 cartridge. They retail for around $9 or $10 at many places [source: eNasco.com].

The car that arrives in the kit is essentially a blank slate. The wood can be crafted into just about any shape you choose using different tools, like small saws and drills. Often, the work is done in a wood shop or a manufacturing classroom. Most kits come with the holes for axles pre-drilled, but on some kits you may have to make your own using a drill press.

The dragster can be designed with a practical, aerodynamic shape, modeled after an actual racecar or given a crazy, eye-catching appearance. Paint, decals and add-ons are common ways to decorate them.

Many students have modeled their dragsters after Formula 1 cars, NASCAR racers or even the Batmobile. The best way to design a car is to draw up plans first, build a prototype (if you can) and then move on to the final version.

Remember, the CO2 car you're designing is a dragster -- meaning, a streamlined car that competes in drag racing, a sport where two or more vehicles compete to see who can move in a straight line the fastest. Handling is not an issue here.

Do you think you have a good design in mind for your car? The next thing to do will be to evaluate it to see how forces like drag and friction will affect it. We'll discuss the science behind dragsters on the next page.

Your CO2 dragster may be small, but it's going to be moving at incredible speeds when you race it. That means it will be subjected to a wide variety of forces that affect its motion and velocity. Here are some of the principal forces involved:

Of these three factors, drag is the toughest one to test for. It's hard to tell with the naked eye just how much drag your CO2 car will face. For that reason, you may want to opt for a wind tunnel. Believe it or not, there are small wind tunnels available designed to test models, like Pitsco's AirTech X-Stream Wind Tunnel [source: Science of Speed].

By putting your car into the wind tunnel and putting a fog vapor into the air stream, you can track how air flows over the car's body. You want a smooth flow of air free of swirling currents called eddies. If you have too many of those, you may want to use sandpaper to smooth out the design, or go with a new one altogether.

Up next, we'll examine what makes CO2 dragsters go: The power of carbon dioxide propulsion.

While a Pinewood Derby car is simply put on a downward-sloping track and released, CO2 dragsters have agents of propulsion that launch them forward in a (hopefully) straight line on a level track. The "engine" that propels the tiny car in this case is a carbon dioxide cartridge, also known as a soda bulb.

The CO2 cartridge is a small, metal cylinder filled with carbon dioxide that has been highly pressurized and sealed. At the flick of a button -- we'll learn how they're launched in a minute -- the gas is released, propelling the dragster forward.

On many dragster kits, the hole for the cartridge comes already drilled, and when sculpting the wood the designer simply works around it. On other kits, the hole must be drilled out manually.

Once the cars are ready to race, the sealed cartridge is inserted and they are placed on the starting grid. Often, they're hooked up to a device called a launch pod, which punctures the cartridges of two or more cars at the same time. These devices can also be built by hand using some wood and nails to puncture the CO2 canisters [source: Science of Speed].

Since the cartridges contain an equal amount of gas being released at the same speeds, the car that wins the race is the one that is the lightest and most aerodynamic. Think of it as a drag race between two cars with the same engine but different bodies.

In terms of physics, the rapidly escaping gas illustrates Newton's Third Law of Motion -- for every action there is an equal or opposite reaction. The rearward motion of the gas pushes the car forward in this case, overcoming inertia or the resistance to movement.

Whether it's for a science class or just for fun, many hobby shops and Web sites sell tracks to race them on, timers and other tools to make building and racing dragsters easier. Keep in mind that building these fast little cars can be just as addicting as any kind of racing -- but on a much smaller budget.

For more information about CO2-powered dragsters and other related topics, follow the links on the next page. 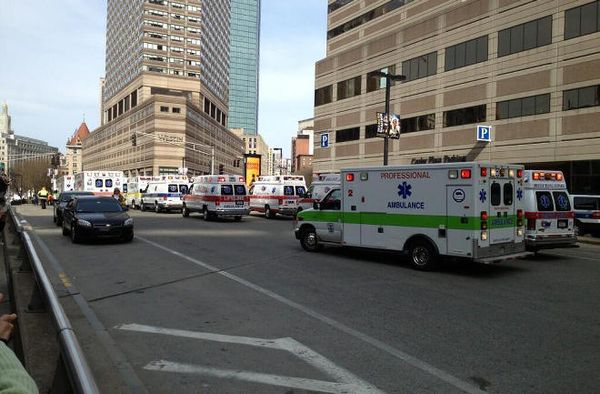 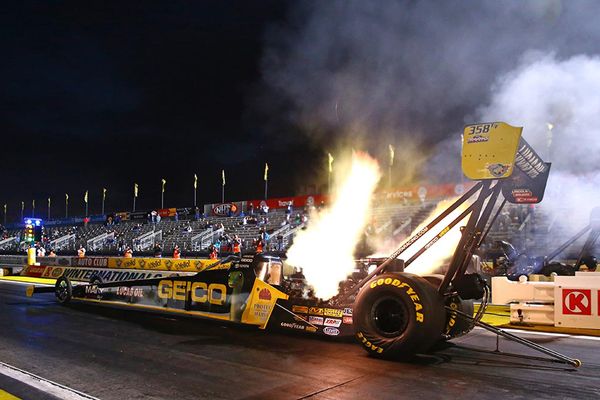