The 1956 Buick Special Riviera Coupe is a good value for collectors on a budget. See more classic car pictures.

The 1956 Buick Special Riviera Coupe is a car that teaches a valuable lesson: Don't forget lesser versions of a prime collectible.

In the case of mid- to late-1950s Buicks, collector interest has usually centered on the Century models, which combined the smaller Buick body with the more powerful engines from the bigger Super and Roadmaster series.

An attractive Custom Deluxe upholstery option was offered on the 1956 Special.

This has left the less expensive Special offerings largely ignored, even though they have exactly the same desirable qualities except for maximum rated horsepower and, therefore, performance.

A look under the hood reveals the Buick Special Riviera coupe's engine.

But there is a happy bonus: the Specials sell for much less than equivalent Centurys on today's market, and this makes them worthy collectibles for those on a more restricted budget.

Price has not been a big worry for Tom Lorek of Elmhurst, Illinois, who has invested some $7,500-$8,000 to make this 1956 Special Riviera hardtop coupe a three-time winner in class at national Buick club meets.

Though some 114,000 of this one model were built, Lorek says finding parts is more difficult and costly for all junior Buicks, perhaps because more of them have been wrecked over the years than the senior cars.

Two of his main problems were the specific rear bumper for the car's dual exhausts and the matching door panels for its fairly rare Custom Deluxe upholstery option.

The car also carries optional "Sonomatic" radio, electric clock, and full wheel covers, for which Tom paid $90 but has been offered $250.

The two-tone paint job was a popular feature of the 1956 Buick Special Riviera Coupe. 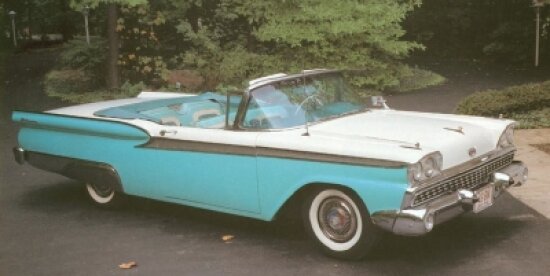