by Christopher Lampton
Next 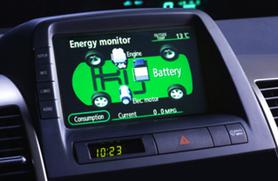 The battery is probably going to be the reason your electric car needs maintenance work.
©Peter Dazeley/Getty Images

In the beginning, your main problem in keeping your electric car well-maintained is going to be finding a mechanic who knows how to do it. Most automobile mechanics are trained in working with internal combustion engines and may be surprised when they look under the hood of your car to find out that it doesn't have one. This means that (at least initially) you'll probably have to take your car to the dealership for most servicing.

Depending on how good your warranty is, this may or may not cost you more than going to the friendly mechanic at your local service station. The truth is, though, that even the dealer is going to find it difficult to find a lot to charge you for when servicing a fairly new electric car. That's because of the simplicity of the electric motor that drives it. The motor contains perhaps half a dozen moving parts, as compared to the hundreds of working parts in an internal combustion engine. There's just not that much in an electric car motor that can wear out and, when it does, it'll be relatively simple to replace.

Chances are that by the time your new car's five-year warranty runs out, even the mechanic at your local garage will have learned how to service an electric motor and he probably won't charge all that much to do it, either. This isn't to say that there aren't other wear-and-tear issues relevant to an electric car that will be the same as with a gas-driven one, but expenses related to the motor will be trivial. Maintaining an electric car, according to some estimates, will cost about one-third the current cost of maintaining a gasoline-powered car. The bottom line is this: Electric cars require considerably less maintenance than gas-driven cars.

That is, until the battery begins to wear out.

Most of what you'll find under the hood of an electric car is battery. The array of power cells that makes an electric car run is large, heavy and complex. It doesn't require much day-to-day maintenance, but as anybody with a laptop computer or an iPod can tell you, it will gradually lose its ability to hold a charge. The longer you own an electric car, the shorter its driving range will become. This will start happening from day one, but the change will be so slow at first that you won't notice and it won't stop working all at once, either. Electric car batteries don't so much die as they fade away. Most estimates predict that the typical lithium-ion electric car battery will be good for more than 100,000 miles (160,934 kilometers) of driving while still maintaining a decent driving range. But it's possible that one day you'll decide that you simply find yourself recharging your battery too often and you'll take your car back to the dealership, or perhaps to a battery specialty shop, to get the battery replaced.

And when you see the bill, you'll probably faint.

A battery pack for a Nissan LEAF, for instance, is estimated to cost about $15,000, an expense that Nissan may have to take a loss on to begin with in order to get the initial cost of the car down low enough to stimulate sales. The good news is that the U.S. Department of Energy has set a goal of bringing down the cost of electric car batteries 70 percent by the year 2014; however, according to the Wall Street Journal many experts don't think this will be possible. At least you might be able to get some trade-in value for your old battery, since the parts can be reused and people with minimal driving needs might be happy to buy a secondhand battery with a reduced range. And, with any luck, the cost of a replacement battery will be less than $15,000 by the time you really need it. But when battery replacement time rolls around you may just opt to get a new car instead -- unless you own a $100,000 electric Tesla Roadster, in which case the battery replacement costs might seem cheap compared to the cost of the whole car.